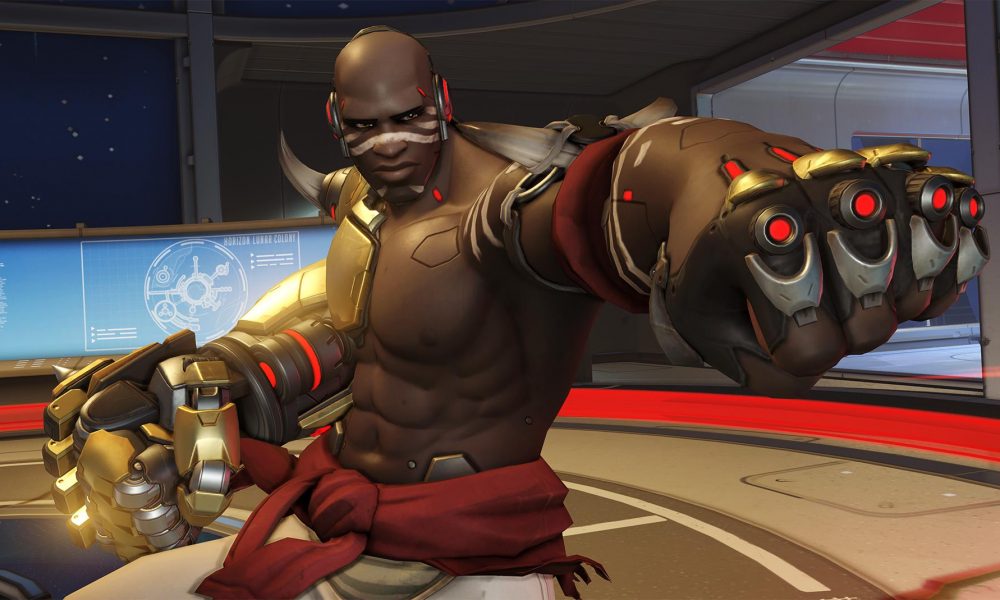 Blizzard dropped Doomfist onto the PTR yesterday and the community went wild. The West African brawler features stunning mobility and can dish out some huge damage. Doomfist’s first day as a playable hero was a success in terms of how the player base received him, but what about the pros, the ones we’re all going to be watching play him on Twitch streams and in tournaments?

Much like the majority of those who dove into the test region to try out the new hero, pros loved the new addition. NRG’s Brandon “Seagull” Larned streamed a few hours of Doomfist play and clearly had a blast. Seagull had been wanting a melee-based attack hero for a while, all the way back to an AMA he did nearly half a year ago, where he wished Doomfist would be a “movement based hero who can punch things.” He certainly got what he wanted, and he showed off his skill with the hero by killing two ulting Genji’s (while trying to discuss how he’ll affect the meta) and picking up a fair amount of multi-kills. He also hilariously exposed a bug in the ‘meteor strike’ ultimate.

C9’s Sang-hoon “Kaiser” Ryu also took a liking to the new hero. “Doomfist is badass AF this is my new favorite hero,” he wrote on his Twitter. He did address the new hero’s role in the game, posting “I somehow think that Doomfist is a first aid blizzard made To counter this shitty comps (maybe?)” The community is split on whether or not Doomfist will help or hurt dive comps (Seagull believes he’ll take Genji or Tracers spot, Kaiser thinks he’s the answer for a counter), but his role as a front line dive hero can be immediately countered by a Sombra. Once Doomfist is hacked, he only has his primary fire, which is of the weakest of his abilities.

Misfits’ Jonathan ‘Reinforce’ Larsson weighed in extensively in a Reddit post on Doomfist’s role in the meta. He believes Doomfist plays like Genji, only more defensively. “Doomfist, while having high mobility and low cooldowns, allowing him to engage and disengage rapidly does not have as much survivability given the lack of Genji’s reflect, and also a larger hitbox and in general less cunning.” He stated that an ideal comp around Doomfist would be D.Va, Winston, Ana, and either Soldier or McCree. These picks center around survivability and being able to keep Doomfist alive. D.Va and Winston can protect him and distract him. Ana can continuously provide him with healing from a safe distance. Soldier and McCree provide steady, sustained damage while he’s on the front lines doing his thing.

He cited counters to Doomfist as McCree, Tracer, Sombra, and Roadhog. McCree can dispatch him from distance, Tracer can dance around him and feed off his huge hitbox, Sombra’s hacks are his most direct counter in the game, and Roadhog can hook him close every time he tries to dive out. He ended by saying “The game is going to progress a TON with Doomfist in the game.”

Finally, let’s check in with the future Overwatch League Casters. Erik “DoA” Lonnquist tweeted “Doomfist is the best example of my view of Overwatch being a fighting game in FPS clothing. Love this guy.” Christopher “MonteCristo” Mykkles wrote “Doomfist’s combos are positionally challenging and should have a high skill ceiling. Excited to see his potential in pro play.” Both casters highlighted Doomfist’s explosive mobility, and MonteCristo’s comment on his mechanical skill ceiling gives us hope for some incredible play in the near future.

There is currently no timetable for Doomfist’s entrance to the full game, but he’s playable on the PTR!

Shadow of Mordor’s Nemesis Forge Imports Your “Favorite” Uruks to Shadow of War
Psyonix says Rocket League is a Platform. Not a Franchise