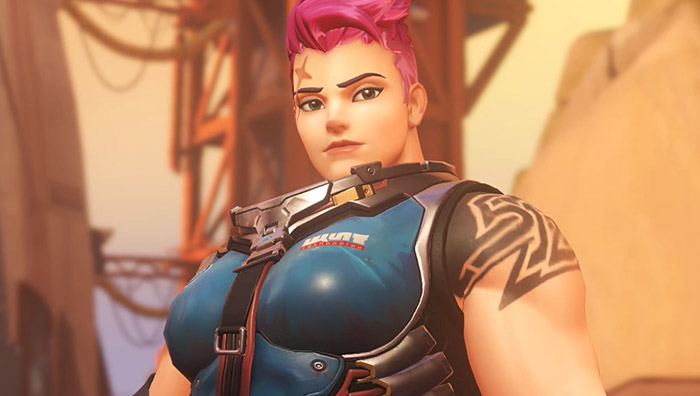 The latest patch on the Overwatch PTR featured some interesting changes. McCree, Reinhardt, and Zarya, three non-dive characters, got a couple of buffs. While this will certainly influence higher picks rates, it will hardly do much to the current meta.

First things first, let’s look at the proposed changes and the Blizzard forums:

Swing speed increased by ~10%. On top of the swing speed increase, we’ve gone through and tweaked many timings and other things about the Hammer to make it more responsive. Overall it should feel a lot better to swing and make contact with enemies.

Impacting another charging hero (Doomfist or Reinhardt) no longer deals damage to both characters, but still causes a knockdown on both.

Now disables all movement abilities of affect targets. This is similar to how Junkrat’s trap affects abilities.

It’s worthy of noting that a few days after Jeff Kaplan said they wouldn’t make changes to take certain heroes out of the meta (specifically referring to fixes that would end the dive meta), these changes seem very… anti-dive. There’s a lot to unpack here, so let’s go hero by hero.

After his latest buffs, Reaper is already a lot more viable than he had been. The change to his Shadow Step simply means that the enemy won’t hear REPOSITIONING from as far away as they currently do. This increases Reaper’s Viability as a flanker, and actually helps him as a dive character.

The other three buffs are wholly anti-dive. McCree’s flashbang slowing stunned enemies down targets movement heroes specifically, especially the current meta dive characters. Now, a dashing Genji will be slown down to make a two shot a lot more easier. A tracer caught mid-blink won’t slide as far, making it easier to one-shot her. A speed boosting, wall riding Lucio will slow down, making him easy pickings for a talented McCree. While this is definitely an improvement, it’s not enough to make any serious impact. It feels like more of a quality of life switch than a heavy buff. Even the reason they gave for the buff preventing a stunned enemy from “sliding around a corner” isn’t too prevalent an issue with McCree or his kit to make for an impactful change. Still, already a pretty powerful hero in the right hands, McCree will definitely see more play time.

The tank changes are a little bigger. Zarya’s are huge, a clear anti-dive change. Her ultimate prevents all movement abilities, so no more double Blinks out or Guardian Angels to another hero. This means a Mercy caught in a surge is a dead mercy. Same goes for Tracer or Genji. Zarya is the most meta hero receiving a buff, so she’ll definitely see a spike in play time. She already works as a dive character, her bubble preventing much needed cover to diving Winstons, or Zenyattas getting dove on. She can dish out a nasty amount of DPS if she gets enough charge, and her ultimate was already of the best in the game. Her changes won’t change the meta, but it might see a reduction in D.Va play time. Zarya won’t become the most favored off-tank, but she’ll be fine with this huge buff.

As a Reinhardt player, these buffs are a dream. Just ask Cloud 9 main tank Kaiser. The swing speed is huge enough on it’s own, but tweaks to make it more responsive will make him a lot more reliable. This will make Reinhardt even better at holding chokes, able to take out squishies even quicker than before. The change in charge is also huge, as two Reinhardt’s charging each other won’t cause damage anymore. Knockback is still in effect, but saving that 175 HP is crucial. This also works with Doomfist, so Doomfist players can now avoid a charge by right-clicking into it. These changes make Reinhardt feel better to play, and definitely more viable. However, with the current state of the meta, heroes have too much movement for him. A good Tracer or Genji knows to avoid the range of the hammer, and Winstons and D.Vas can soak up a few hits before diving out. Still, in those situations where Reinhardt is needed, he’ll be much more powerful.

So, in total, when this patch hits we’ll see play time go up for a few heroes, but the meta will hardly change. Blizzard has to be careful with buffs to these characters, Zarya and McCree can be incredibly overpowered easily, so changes have to come incrementally. A team with Reinhardt, McCree, and Zarya is more viable than it once was, but a traditional dive comp still wins those team fights. With Doomfist on his way in the upcoming patch as well, dive will still be prevalent. He doesn’t add enough to change anything– if anything, he’ll make dive more viable with his own movement abilities. A Doomfist along with a well-timed dive would be a nightmare for a deathball comp. So, while McCree and Zarya’s buff against movement abilities and Reinhardt’s hammer dealing quicker damage definitely makes them more anti-dive heroes, it’s not enough to unseat Winston, Tracer, Genji, and D.Va from the current meta. Perhaps these changes are the start of what leads us to a more split-dive meta. As of right now, though, those days are far away.