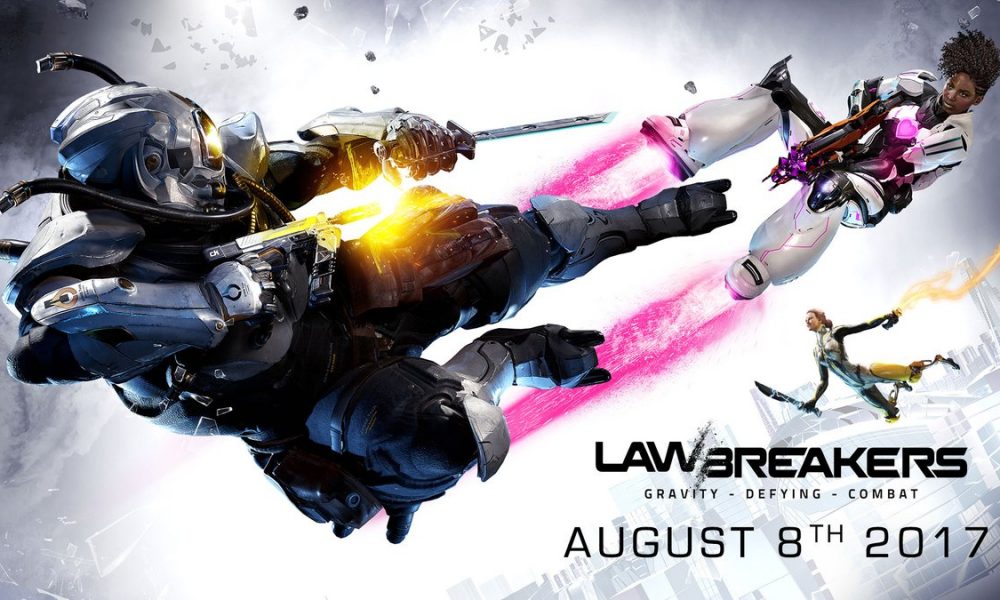 The final Lawbreakers beta has launched, playable all weekend until the 31st. Developed by BossKey Productions, Lawbreakers offers “gravity-defying-combat” in an objective-based arena shooter.

In game, two teams of five square off, one team making up the “Law,” the other making up the “Breakers.” Play as one of nine roles, each role having a specific character for the Law side and the Breakers side.

Your first choice can be to play the role of Assassin, a high mobility close quarters character with dual wielded blades and a sidearm shotgun. Dash through the map and split apart enemies with a pulse grenade, then move in for the kill.

The Battlemedic is a healer class with a grenade launcher, complete with healing support drones and a hoverpack to increase mobility and strafe away from incoming damage.

The Enforcer comes with a high-powered assault rifle, a shoulder-mounted rocket, an electromagnetic charge to disrupt enemy abilities, and a distortion field to speed up teammates.

The Gunslinger dual wields accurate pistols, has throwing knives and can teleport to close the distance between themselves and the enemy.

The Harrier is equipped with a laser gun, jetpack boots, and a supercharger to heal and power up teammates. Take advantage of her omnidirectional mobility to position yourself in a spot to do damage with her long-range beam.

The Juggernaut is Lawbreakers’ tank, where players can drop shields, charge into enemies, and do close-range damage with their pump-shotgun.

Quake fans will love the Titan, who uses a rocket launcher to deal huge damage to the enemy team. Rocket jump, slam the ground with a Crush ability, and slow enemy movements with neutron mines with this projectile-based character.

The Vanguard is equipped with a Gatling Gun, grenade clusters, and can dive bomb onto enemies from high in the air.

Wraith is another mobility character, who can run about the map with a full-auto pistol and knife, dealing quick damage to unsuspecting enemies.

The game modes of Lawbreakers should interest players as well, with four current objective game types. Overcharge is a capture-the-flag like game mode, where a team has to secure a battery in the middle of the map, and defend it as it charges in their base. The battery doesn’t lose charge, so if it’s stolen the enemy team gets all the charge the other team accumulated. Uplink is similar, except it features a satellite dish instead of a battery, and team base retains a charge, but the satellite doesn’t. Turf War is Lawbreakers’ domination game mode, where teams have to control three points across a map. In Blitzball, teams have to get to a ball in the center of the map and escort it to the other team’s base. The ball itself is voiced by Rick and Morty Co-Creator Justin Roiland.