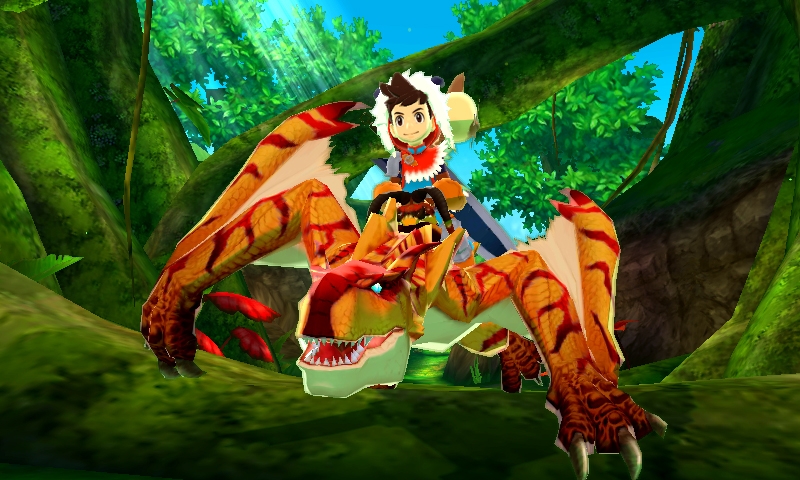 I will be the first to admit that Monster Hunter is a difficult and time-consuming game. It takes a lot of patience, strategy, a bit of luck, and a metric ton of grinding. Plus, the game’s combat system is extremely punishing. While I love Monster Hunter, for years, I have wanted an easier version my young cousins could enjoy, which is exactly what Monster Hunter Stories tries to be. However, when the game was announced, I was afraid it would remain a Japanese exclusive, but now I can rest easy knowing Nintendo has stated the game will release in America on September 8th.

Nintendo’s announcement was accompanied by a short, two-minute trailer that shows off what Monster Hunter Stories is all about: riding Monster Hunter’s iconic monsters into turn-based RPG battles. While Monster Hunter Stories forgoes the usual art style for a cutesy, anime aesthetic, the new look still makes the monsters appear terrifying and intimidating. Also, the trailer might not hint at the game’s story, but the video shows how the main character meets his (or her) first monster companion, a baby Rathalos already fully capable of flying and breathing fire.

As I’ve already stated, Monster Hunter Stories breaks from the traditional Monster Hunter formula and uses turn-based RPG combat that relies on a rock-paper-scissors-styled system — power attacks overpower technique attacks; speed attacks outpace power attacks, and technique attacks overcome speed attacks. The attacks players use depend on the weapons and monsters they take into battle. Unlike other Monster Hunter games that have up to fourteen weapons, Monster Hunter Stories only has four: the Sword & Shield, Great Sword, Hammer, and Hunting Horn. Furthermore, players can hatch and ride over 100 different monsters, from the living bulldozer Barroth to the not-Super Saiyan Rajang, and they each have their own special attacks and abilities, some of which are used to access special areas of the game’s maps. Monster Hunter Stories also introduces several new monsters, although one of them is just a Legend of Zelda reference. However, even though the battle system has changed, most of Monster Hunter Stories is the standard Monster Hunter experience fans know and love. Players can still gather materials and combine them to create healing items, and gamers still need to hunt and slay powerful monsters to craft powerful armor and weapons.