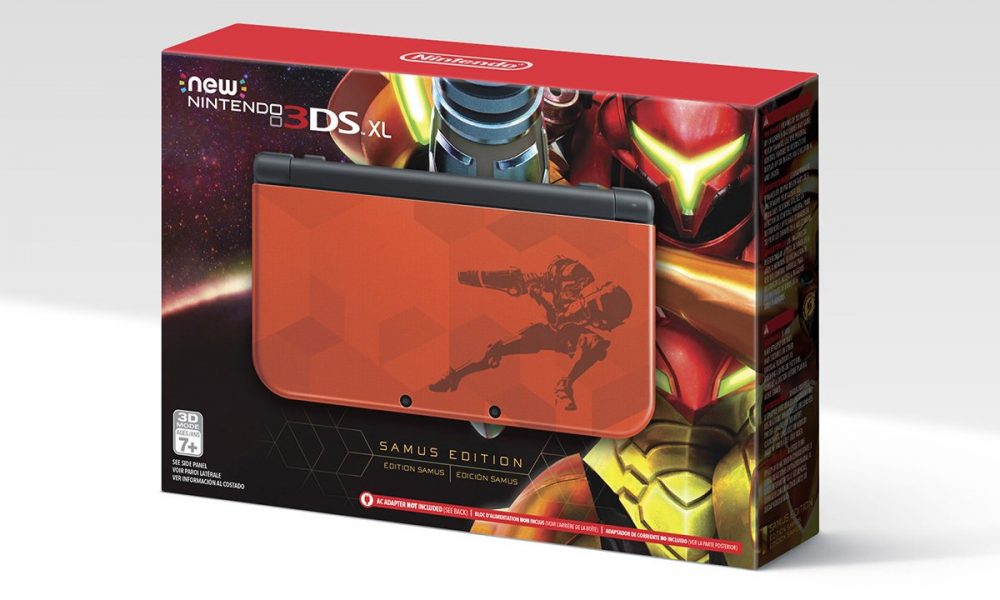 So it seems like Samus is having a bit of a revival in 2017. After the announcement of the upcoming Metroid II reboot, Metroid: Samus Returns, Nintendo has designed a lovely Samus Edition 3DS XL to go along with it.

The limited edition 3DS will drop on September 15th this year and it stands out, sporting a striking orange and yellow case with a print of the woman herself on the front. Even better, it’ll only set you back $200, exactly the same as the current standard model. While to some it might feel like yet another slightly different 3DS cash-grab, there’s no denying that it looks amazing, with the orange and yellow instantly evoking the classic suit.

The system’s launch coincides with the release of Metroid: Samus Returns, a reimagining of Metroid II that released in 1991. Originally released on the Game Boy, Metroid II ditches the ‘Metroidvania’ style found in the likes of Super Metroid and Fusion. It instead opts for a more open-ended style that sees you collecting Metroids as you progress through the map. Thankfully, Nintendo has seen fit to remake it, with a shiny new art style and functional 3D.

Unfortunately, the new console doesn’t come with the game so you’ll have to buy your own copy if you’re looking to jump back into the Metroid universe.

As with most first-party Nintendo releases, Metroid: Samus Returns is also launching with several Amiibo. The first is a new style Samus while the other is a 1 part cute, 1 part creepy Metroid. Owning both of these will unlock exclusive art, in-game items and an extra difficulty mode called “Fusion”.

We’re assuming pre-orders for the Samus Edition 3DS XL will start soon and as with any limited edition run of a console, it’s a good idea to act fast because these won’t be around forever.

Zach RileyJanuary 27, 2023
Read More
Scroll for more
Tap
Tacoma is Immersive, but can Lose its Way in its Many Perspectives
A Bevy Of Overwatch Summer Games Skins have Leaked