Tacoma is Immersive, but can Lose its Way in its Many Perspectives 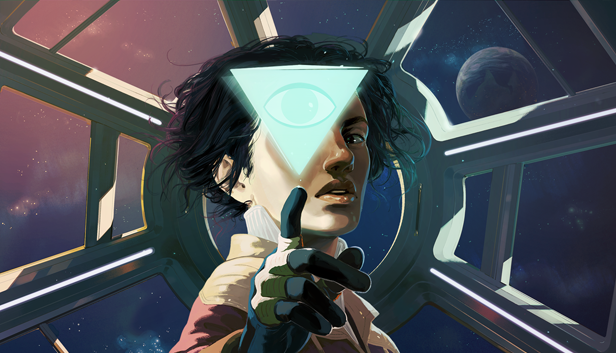 Tacoma is Immersive, but can Lose its Way in its Many Perspectives

Tacoma is Fullbright’s second game and their second entry in the Adventure Exploration genre, a medium they helped define with their 2013 release of Gone Home. Play as Amy Ferrier, a freelance contractor hired by the Venturis Corporation to recover portions of AI data aboard the Lunar Transfer Station Tacoma. In her exploration of the station, Amy can recover crew data as well, playing recorded sequences back and forth in order to see the story from multiple perspectives.

Tacoma has six crew members to follow, each represented by a vague outline in the color of their role aboard the ship, from medical staff to engineer. Each major room she visits queues up a recorded sequence of a few minutes long, but there can be as many as four conversations being had at one time, so after listening to one story you can rewind the footage and watch things from a new angle. This gameplay mechanic is one of the highlights of Tacoma, as it provides a seamless and fluid sense of storytelling, able to revisit and re-explore each conversation as much as the player sees fit. Throughout the sequences you can also access the crew’s personal data (indicated by a time-stamp on the timeline at the bottom of the screen) which grants you access to messages between crew members, messages to friends and family earthside, and personal interests of the characters (one is in the middle of purchasing a body pillow during one sequence).

The ship’s AI, ODIN, is present in all of these scenes, over the shoulder of crew staff he’s working with. ODIN gives off the sense of omnipresence, his cool voice and quiet demeanor can lead the player to believe he had something to do with why the station is abandoned.

Warning: Full Spoilers for Tacoma Below

Amy finds out fairly early on the cause of the evacuation, a group of meteors hitting the oxygen supply. The crew quickly formulates a plan, and it does become thrilling to follow each member carry out their task, as well as confront the fact that they might not be rescued. Each worker has their own goodbyes to say, but it can become redundant to hear each of them deal with the same fears in what is basically the same way. Amy doesn’t seem to find enough about what each of them were holding on to to make each individual story mean much. For instance, are the goodbyes EV and Clive say to one another really much different than the conversation Nat and Bert have? And does the message Andrew writes to his son and husband differ that greatly from what Sareh sends to her mother? This is a game about personal moments of crisis, but the crises don’t seem very individual to each character.

The last few scenes show the game at it’s best, with Sareh rushing to ODIN’s core, and ODIN somehow being specifically vague while gently nudging her along. The player can get the sense that ODIN is using the crew to plan his own escape, but when Amy reaches his core and finds out what had actually happened, ODIN is still nuzzled safely away in containment.

The presence of a semi-dystopian corporate society is present throughout the story, with odd concepts like ‘Loyalty’ as payment prevalent in much of the information Amy can access in each room. The decision of Sergio Venturi to sacrifice the Tacoma crew to push helpful legislation (a plan formulated by an AI) is shocking, but supported well by certain details players can pick up along the way (like Nat saying in passing that no crew had ever had every member renewed for a full year). This feeling of shock is secondary to the feeling of urgency the player feels for Sareh, who is alone in ODIN’s core. Her frantic call for help after restoring communications serves as an incredible climax to the story.

Where Gone Home ended on a bittersweet note of uncertainty, Tacoma sees the bad guys beaten and every character saved. In comparing the two, a player can’t help but feel that Gone Home accomplished more with less. Many of the things that hold back Tacoma are present in Fullbright’s debut game, and many of those problems are due to the larger cast of characters and the player-character herself.

Gone Home tells a personal story for the player, even though she doesn’t influence the story. It’s addressed to the player-character, you know from the moment the game starts that she has a personal stake in the story. Tacoma, where your character actually has an effect on the greater story, doesn’t deliver that. The characters you follow have no idea you’re there, and have presumably never met you. You’re tasked with putting together the pieces of a story in a way that doesn’t work as powerfully as in Gone Home.

Now, this is not a plea for Gone Home in space. It makes sense that Amy doesn’t have any connection to any of the characters, and it makes sense that she influences more of the story than does her counterpart in Fullbright’s previous game. However, in terms of storytelling in general, there is a price to pay for when you work with as many characters as Tacoma does. In a way, you lose track of who matters.

There are only a few people you care about in Gone Home, primarily the sister, as the parents take a back seat to the narrator. The number of primary characters increases dramatically in Tacoma, but their fates are intertwined in a way that they might as well be one person. They come across as fragments of a more interesting, more conflicted single character.

ODIN can be the main character you care about, who you see getting personable with Sareh early on, and later working on this with Nat. He is the only one left on the ship after all, and it’s Amy’s job to retrieve him. There’s not much from him, however, beyond his conversations with Sareh and his nudging of Nat towards information she’s not allowed to access. But why should a player care about the AI Liberation Front, with so little information about them beyond a quick comment and a pamphlet in Nat’s room? The fact that Amy is working undercover in order to rescue ODIN from Venturis isn’t really enough to go off of. In the end, I did care about freeing ODIN, perhaps more than I cared about the other characters being saved, but it’s hard to feel Amy’s connection to the mission as such a passive character. This, obviously, is simply part of the genre, but if the game ends with the passive player-character being revealed to be much more important than she seems, it makes sense to depart a little from that standard.

It did serve as a great twist, however, in a game that can lead you to believe you might be making a choice in the end. ODIN calling out to you from the fragments of text in Amy’s AR nodes makes you think that he’s in more control than he actually is. When placing ODIN in the slot of Amy’s ship, I thought he would stop Amy and make her choose between freeing him and giving him back to Venturis, where he would almost certainly be destroyed.

ODIN’s final line “considering the alternative, I would say that I do,” gives off such a beautiful sense of human consciousness, so much so that it’s enough reason for the player to get on Amy’s side, even more so than the fact that she’s who you play as. In the end, ODIN is not analyzing or running probabilities, he’s making an unsure, resigned decision because he was pressed to make a choice. If that’s not an argument for sentience, I’m not sure what is. And that’s the dilemma Tacoma offers– the abstract idea of life and consciousness. In a world where people are valued based on their loyalty to certain corporations, what separates humans from the many AI created to help run those corporations? ODIN may not have the sad backstories or families waiting for him back on earth like the other crewmembers do, but he forms real connections with the crew, and while he is forced to cut off oxygen and communications by Venturis, he circumvents his own programming through logic loopholes to help rescue the endangered crew. Knowing this, ODIN would have to be considered alive, at the very least more so than the cat (wonderfully named Margaret Catwood) that can be found lazing around the many rooms of the ship.

Tacoma does what it set out to do, tell a multi-layered, multi-perspective story about the pitfalls of capitalist greed and the abstractions of human consciousness. This game is definitely not for everyone. It rewards those who can easily lose themselves in other worlds, so this is certainly a game for players who search every corner of every room they enter. While not the strongest entry in the genre and overshadowed by Gone Home, Tacoma brings a new kind of storytelling to video games. At times it can feel like you’re simply watching a movie, but the perspective-based story offers something you cannot find in a theater, and can only be found in a game such as this.

Tacoma’s main drawback is it’s time and cost, priced at $20 for about 3 hours of gameplay. Still it’s hard not to recommend a game like Tacoma, whose space station I lost myself in for the better part of a Friday night. I’d suggest waiting for a steam sale to pick it up for cheaper, but it’s definitely a game to keep on your list.

Sareh’s backstory was the strongest of the bunch, her involvement in the death of a popular travel writer by fault of the Venturis Company’s AI, and the company’s pressuring of her to take the blame (which she declines) makes her decision to put Nat in Cryo even with such low chances of survival that much more powerful.

Minny, Amy’s ship’s onboard AI, is so charming and vibrant of a character, it’s a shame she’s only in the beginning and end in a minor role.

Like Gone Home, there are a bunch of fun mini-games and Easter eggs, like zero-g basketball and reuniting two cleaning drone lovers named Romeo and Juliet. 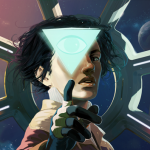