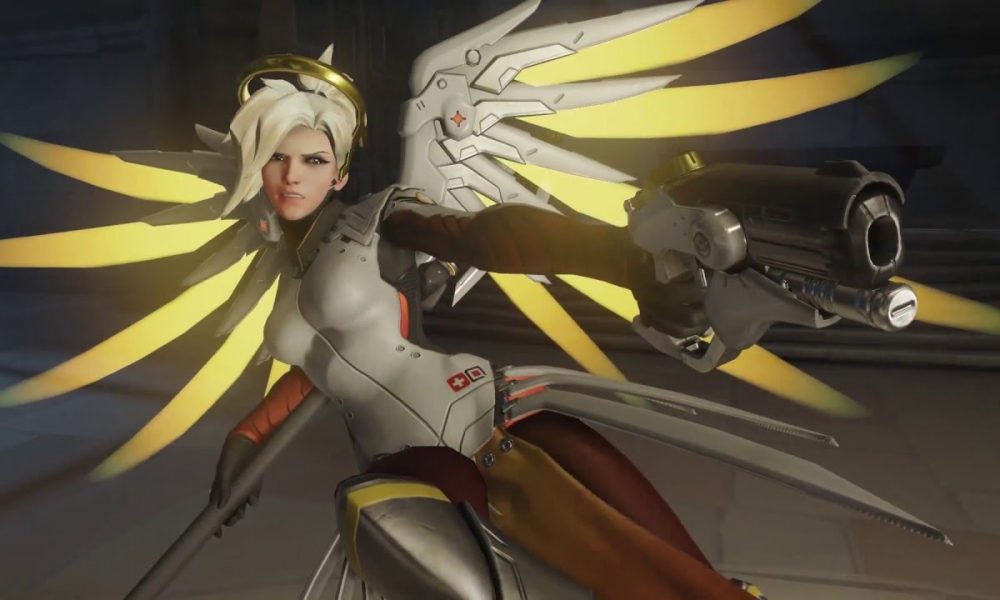 The new Overwatch patch went live on the public test region today, with everybody eager to see how differently Mercy plays after her recent rework.

Probably the biggest change was the decision to move the ‘Resurrect’ ability from an ultimate to a common ability. ‘Resurrect’ is now on a much shorter cooldown but can only be used to bring back one team mate at a drastically reduced range. This means that while you won’t be seeing entire team wipes being countered, skilled Mercy players will be able to keep extending fights if they can stay alive and pop off rezzes when it becomes available.

This obviously raised the question of what would fill the gap of Mercy’s new Q ability.

It’s pretty brutal. Mercy’s new ultimate is ‘Valkyrie’ and it turns her into the frontline monster that every Battle Mercy main dreamed of. With the ability to fly around the map, amped damage and infinite ammo during the ultimate duration, Mercy becomes lethal, which we imagine is pretty cathartic for aforementioned Mercy mains.

The issue is, paired with an Ana ‘Nano Boost’ or an Orisa ‘Supercharger’, Mercy effectively becomes indestructible in the right hands.

So much so that Overwatch principle designer Geoff Goodman stepped in to comment.

“Her gun while using Valkyrie is a bit too strong at the moment. The idea is for it to have some extra juice to be able to use it in more niche situations. Right now, it is strong enough that it is feeling like the primary way to use the ultimate, which isn’t intended.

There is likely to be a good amount of tuning happening throughout this PTR cycle to iron this kind of stuff out.”

While the change seems to be positive in encouraging Mercy’s to stay in teamfights rather than hiding and preserving their old ultimate (which was a viable, if not necessary tactic prior to this patch), Blizzard probably didn’t want to turn Mercy into the POTG machine that she is right now.

As always, this is what the PTR is designed for and we imagine there’ll be a ton of changes before the shiny new Mercy hits the game properly.