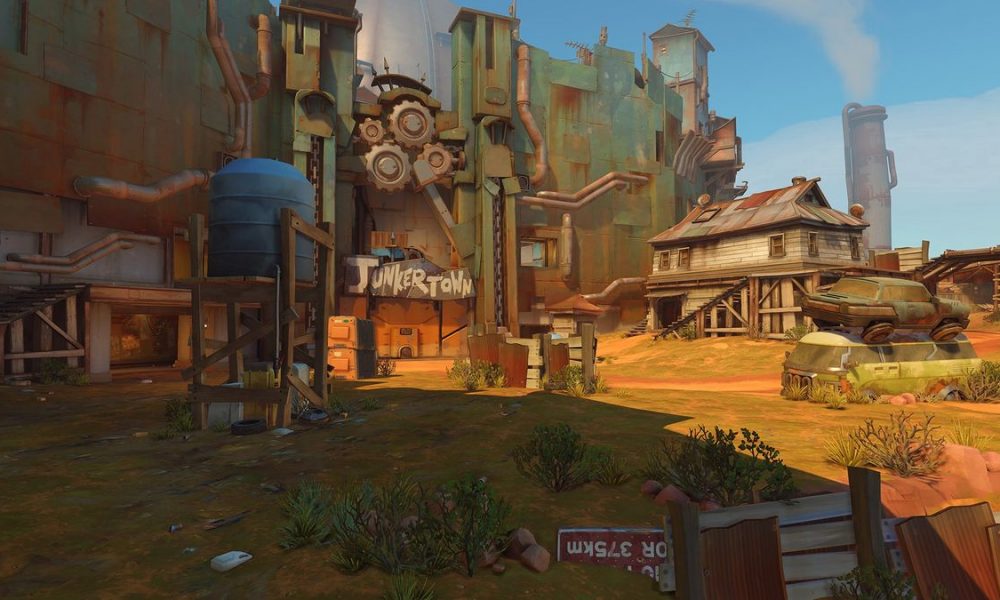 Three weeks ago, the Overwatch development team revealed Junkertown, the former home of Junkrat and Roadhog. The team released an animated short along with a more straightforward map reveal, but little information has been given since. Today, however, another video was released on the making of Junkertown, complete with lore details and a release date.

Junkertown is set to go live in one week, on September 19th. The preview video detailed how the team went about making the map, from backstory to sound design. In the lore of the game, after the Omnic Crisis the Australian Government gave parts of the Outback surrounding the Omnium (the factory where Omnics are made) to Omnics in an effort to create peace. This went south quickly as those who lived in the area were displaced, one being Mako Rutledge, better known as Roadhog. In order to take back their home, they fought back against the Omnics, eventually destroying and detonating the Omnium. Junkertown rests in the rubble of the destroyed facility.

The Queen of Junkertown (who some believe to be the next playable character) was a fighter in ‘The Scrapyard,’ a gladiatorial-like combat arena, and made a name for herself as a vicious and charismatic fighter. After kicking Junkrat and Roadhog out, they plan to win back her favor with a cart full of gold, which functions as the maps payload.

The sound team took samples from a ghost town to make Junkertown feel like the rusted, irradiated wasteland that it is. From squeaking cranks to swarms of flies, the ghost town served as a perfect source of sound for Junkertown. 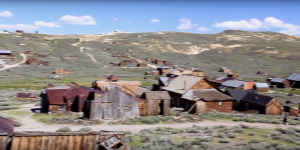 This abandoned town was used in capturing the sound of Junkertown.

In terms of the layout of the map not much else was revealed. The attacking team starts on Roadhog’s farm and brings the payload to the gates of Junkertown. Next, it’s brought through the streets of Junkertown proper, where players can find mechanics, tattoo parlors, restaurants, and bars. The payload is led into the Scrapyard, where a rotating turbine provides high ground to defenders and low ground to flankers.

This map is another step forward in the lore of Overwatch according to the team, as most of the maps revolve around either Overwatch or Talon. This gave them a chance to explore other characters and backstories, and fill out the world around the main roster of heroes and villains.