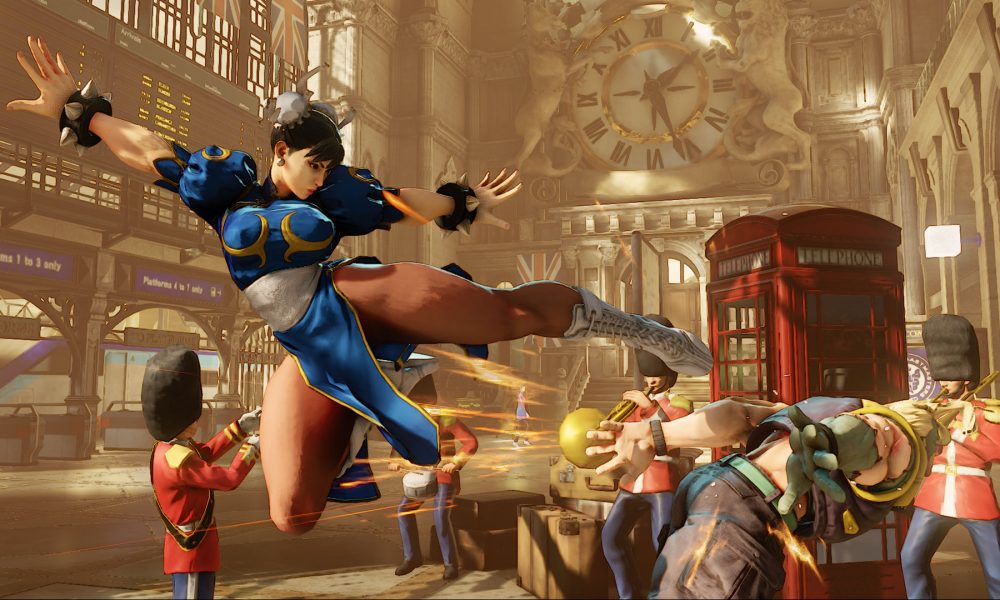 Update: Whoomp, there it is!

As we assumed, this edition includes all 28 characters as well as the new modes. For those of you who already own Street Fighter V, these gameplay additions will either be included in a future update or unlockable via fight money.

There are no images within the listing and it’s ‘currently unavailable’ but it does have a product description.

As far as descriptions go, it’s fairly standard. It references the ‘Arcade Mode’, with 6 different paths modelled after classic Street Fighter games, the ‘Gallery’ which includes hundreds of illustrations and ‘Extra Battles’ which are timed challenges that reward exclusive content throughout next year.

If the listing is to be believed, each character will have new v-triggers, adding ‘more depth to the combat system’. Improved visuals are also being implemented, meaning new colour schemes, revised menus and extra fight effects.

In welcome news, current Street Fighter V owners and future players of Street Fighter V Arcade Edition will all be placed into the same player pool. With this and the combination of PS4/PC cross-platform play, Capcom is keen not to split the player base at all, which seems sensible.

While Street Fighter V Arcade Edition will come complete with all of the new bells and whistles, Street Fighter V players will still be able to earn the future content through the earned in-game currency, fight money.

This is the first updated version of Street Fighter V made available since its release in 2016. Capcom is no stranger to repackaging games, Street Fighter IV saw several different versions including an Arcade Edition and an Ultra Edition, which steadily bundled new characters, costumes and stages.

SFV is also the first game in the series to not have an arcade machine counterpart. While this edition could just be a cool subtitle, it’d be weird to have a Street Fighter V Arcade Edition and no actual machine. We’re sure that time will tell when this is officially announced.

Street Fighter V is available on Playstation 4 and PC.