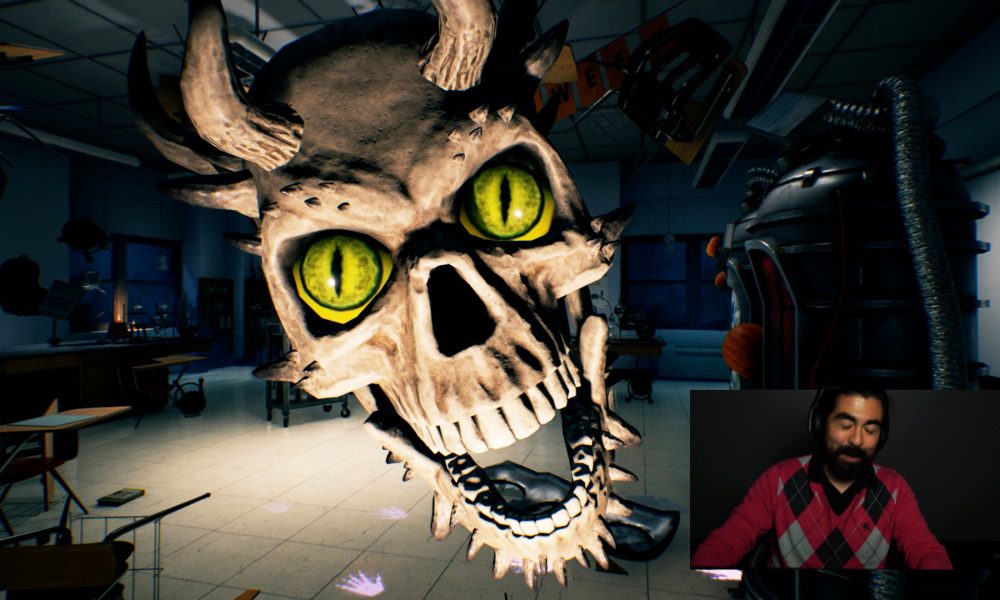 If you’re looking for a free, spoopy game to play with your friends this Halloween, look no further than Funcom’s own Hide and Shriek.

Hide and Shriek was originally released as a small multiplayer spin-off game based in Funcom’s MMO The Secret World for $5.99, but Hide and Shriek turned free to play as of yesterday. The goal of Hide and Shriek is to either gain as many points as possible, primarily by completing various rituals or tricking other players into activating traps, or by scaring opponents three times in a row for an instant win. How do you scare rival players? Well, you have to find them first, because everyone is invisible. The only way to know where anyone is on the map is to look for telltale signs of activity: doors opening, magic traps activating, etc. Only the trickiest and sneakiest of players will win this friendly competition of scares.

You might wonder how you scare your opponents in Hide and Shriek, and the answer is with jumpscares. Yes, the tried and true method of having a scary face pop up on someone’s screen accompanied by a musical sting. It’s cheesy, but so is the game, so it kinda works. Also, players can customize their jumpscares and are given countless options to make anything from a horned skull with flaming eyes to a floating scarecrow head in a viking hat. And, if politics scare you, the game also comes with terrifying Hillary Clinton and Donald Trump masks.

Hide and Shriek is the perfect game to get into the Halloween mood. It’s the right amount of spooky and corny and is ideal for aspiring YouTubers looking for something to play for a Halloween stream. While the game is free, it comes with $3.99 DLC that gives players some extra masks to customize their jumpscares. Regardless, Hide and Shriek will provide players with the ultimate trick and treat experience (no or here). Good luck and happy haunting.

Zach RileyNovember 29, 2022
Read More
Scroll for more
Tap
How to End Loot Boxes Once and For All According to Developers
GeekReply News Round-up: October 15-21