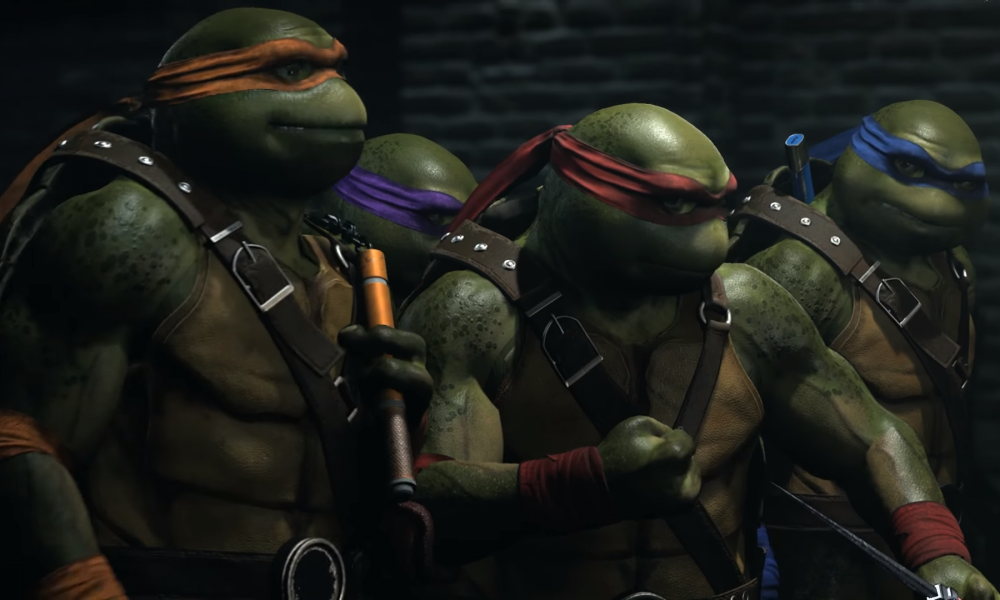 I had no idea what to expect for the final Injustice 2 DLC pack. Well, that’s not entirely true: I expected The Atom to be a part of it, but the rest came out of left field, especially the Teenage Mutant Ninja Turtles.

As with the previous Injustice 2 DLC announcement, NetherRealm Studios seems to have learned its lessons from the first DLC video and is making its trailers more dynamic and entertaining. Instead of just staring each other down in a black void, now the characters actively fight in a warehouse. Well, The Atom fights at least, and he apparently defeats Raiden, Black Manta, and Hellboy rather easily. As one might expect, the warehouse then explodes, and The Atom finds himself face to face with Enchantress (you remember her, the main villain from Suicide Squad). And then the Teenage Mutant Ninja Turtles come out of nowhere and join the fight. Yes, the heroes in a half shell are in Injustice 2; if Hellboy made it into the game, why not the TMNT as well?

While we already know how The Atom will fight thanks to an announcement trailer that was released before Hellboy’s trailer, we are completely in the dark regarding Enchantress’ and the TMNT’s playstyles. Apparently all four of the turtles will be in the game, but we do not know how they will function. Can players actually pick their favorite turtle, or will we only be limited to one (likely Leonardo)? Will the other turtles take the form of special moves, or will they only appear in the super move? So many questions, so little information.

Gamers who want to play as The Atom, Enchantress, or the TMNT will either have to purchase the Fighter Pack 3 or the Inustice 2 Ultimate Edition. While The Atom will be available via early access on December 12th (which is apparently two days before the release of the PC version) we do not know when Enchantress or the turtles will be added to the game. Still, this is one surprise I’m glad I didn’t see coming.