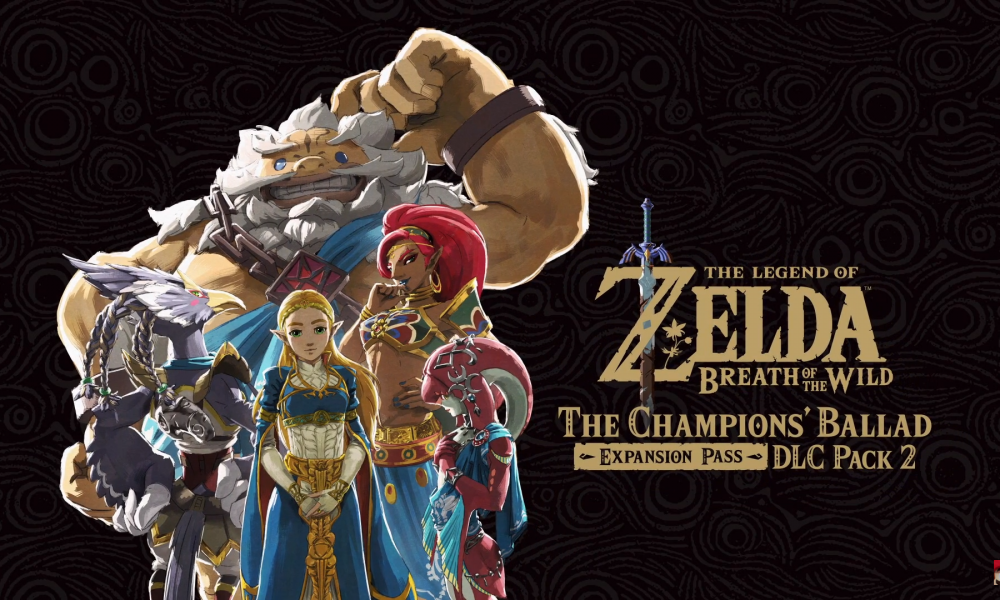 The first bit of The Legend of Zelda: Breath of the Wild DLC was The Master Trials, which included several new modes, armor, and upgrades for the Master Sword. It was not quite what we had in mind for the best Legend of Zelda game since Ocarina of Time, but The Champions’ Ballad serves to rectify that. And it’s available right now.

The four champions are at the heart of Breath of the Wild‘s story; they piloted the Divine Beasts, and their spirits roamed Hyrule for after they were killed by Calamity Ganon. They are also the focus of the new DLC The Champions’ Ballad (kinda obvious when you think about it, since “champion” is in the title); the DLC continues the story of Breath of the Wild by looking into the past and giving gamers a look at Hyrule before Calamity Ganon destroyed everything. Players will get to know what the champions Revali, Mipha, Daruk, and Urbosa were like before they had to pilot the Divine Beasts. Oh, the DLC will also shed more light on Link’s relationship King Rhoam Bosphoramus Hyrule and Princess Zelda.

Story isn’t the only feature of The Champions’ Ballad, though; it will also contain plenty of new shrines and dungeons, one of which appears to be nothing more than a sea of spikes. But you don’t care about shrines, do you? You want to know what new toys Link will get to play with in the DLC. Well, according to the trailer, he will receive several new armors, including Ravio’s hat, Zant’s helmet, Phantom Ganondorf’s (circa Ocarina of Time) armor, and a blue uniform I’m having trouble identifying. Oh, and horse armor. Don’t worry; this armor lets Link warp in his horse from anyone in Hyrule. Also, gamers who are tired of riding horses will obtain a special gift once they complete the DLC: a Divine Beast-esque motorcycle. And yes, it kinda looks similar to the one Link drives in Super Mario Kart 8.

Gamers who can’t wait to learn more about Hyrule’s champions will be pleased to hear The Champions’ Ballad DLC is available right now, so download it and lose yourself in Hyrule all over again.