Will Red Dead Redemption 2 Have What it Takes to Match the Original? 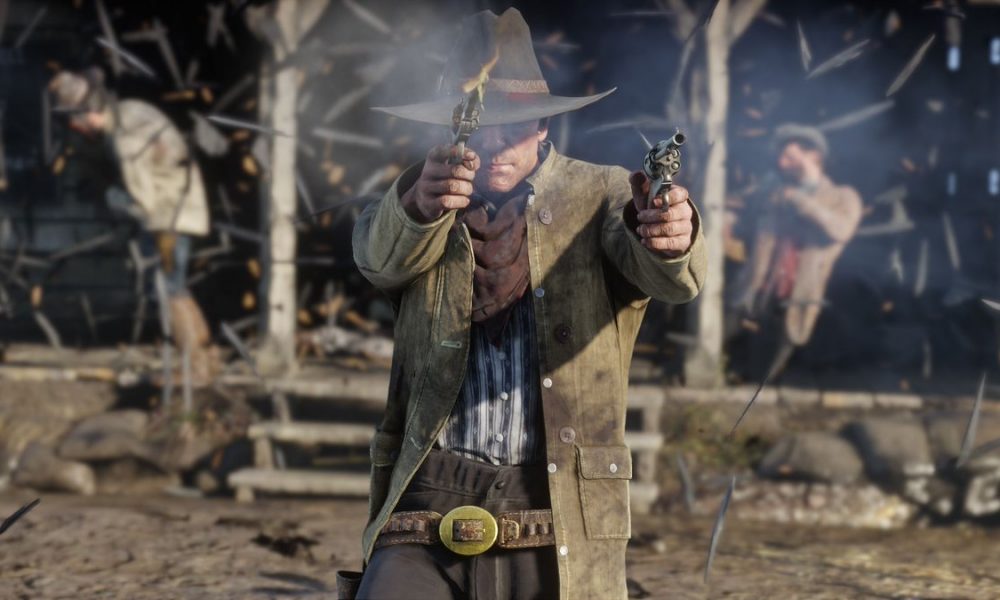 Will Red Dead Redemption 2 Have What it Takes to Match the Original?

It has essentially become tradition for the biggest new game releases to occur towards the end of the year and 2018 is no different with a host of major launches expected to take place. As well as the annual release of the latest additions to the much-loved FIFA and Call of Duty franchises, excitement is also building for other new games including Super Smash Bros Ultimate on the Nintendo Switch.

However, if gamers had to choose just one title as their most anticipated of 2018 at this point, many would undoubtedly pick Red Dead Redemption 2. It has been eight long years since Rockstar Games released the much-loved original and expectations are high for what kind of adventure the next chapter in the western epic will take us on.

Among the latest information to be released about the game – which is due to launch on October 26th – has been the range of special editions that players will have to choose from, with a number of versions set to offer different types of content. There is even a collector’s edition in the pipeline which will not even include the game, but instead focus on physical memorabilia such as a bandana, cigarette and playing cards, pins and even a jigsaw puzzle.

Of course, the fundamental reason why anticipation is so high for the sequel is that the original was such a huge success, with Rockstar building on its depictions of modern crime in the Grand Theft Auto series by breathing new life into the western genre. So many aspects of the game were well-received by fans and critics alike and there will be lots from the original that they will be hoping that Red Dead Redemption 2 will build on.

The level of complexity shown to build a truly authentic western feel was immense in the first game, running all of the way down to the inclusion of mini-games including blackjack. As Betway Casino outlines, the card classic based around achieving a hand close to the value of 21 remains hugely popular across the world but Red Dead Redemption gave it a seedy feel by grounding it in the dive bars of the west. Other popular mini-games included the other classic card game of poker as well as horseshoes and the fairly brutal Five Finger Fillet.

Arguably best known to movie fans as the game played by the android Bishop in James Cameron’s 1986 classic Aliens, the game sees players lay their hand flat on a table and try to stab the gaps between their fingers. It will be interesting to see whether Red Dead Redemption 2 includes this game and the others from the original or instead introduces us to a range of new challenges.

Of course, for all of the effort that went into creating an authentic western feel, Red Dead Redemption was also famous for having one of the greatest offbeat extensions of all time. Released in October 2010, Undead Nightmare brought a whole new storyline based around a zombie virus into the western world and, while the move may not have sounded like a match made in heaven, it was a huge success. So much so, in fact, that IGN writer Daemon Hatfield even described it as his favourite thing about the whole game.

A bizarre but often brilliant retooling of the original game, it was a version that gamers didn’t realize they needed. Its success even earned it a physical release, while the content also won a prize at the 2010 Spike Video Game Awards.

A thing of absolute beauty

While we cannot help but love the addition of zombies to the world, probably the single most vital aspect to Red Dead Redemption’s success was simply its overall execution. As so many gaming writers have commented upon across the past eight years, it is a game that had everything from stunning visuals to a gripping storyline which perfectly recreated the classic themes you would associate with the western genre.

People Mechanics even notes that the plot is a “heart-wrenching and bittersweet one”, which highlights how Red Dead Redemption reaches an emotional depth few other titles come close to. Not for nothing does the game hold a 95/100 score on Metacritic.

Is it October yet?

When all of the above is considered, it is quite clear why the original Red Dead Redemption was so loved – it was hands-down a modern video game classic.

Red Dead Redemption 2 clearly has major shoes to fill, but considering Rockstar’s track record when it comes to sequel success, we would not be surprised in the slightest to see them pull it off. To put it plainly, the end of October simply cannot come soon enough.