Buffy Slays After 20 Years: A Reunion and Possible Reboot 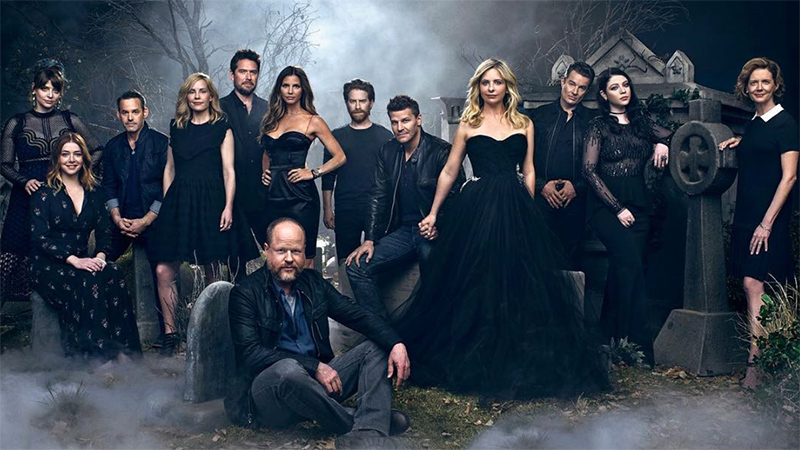 Buffy Slays After 20 Years: A Reunion and Possible Reboot

To celebrate the 20 years of the series, the cast of Buffy: The Vampire Slayer was reunited along with series creator Joss Whedon, to talk about the series impact in pop culture, their lives and possible plans to the future with Entertainment Weekly.

“It is the ultimate metaphor: the horrors of adolescence manifested as true monsters,” says Sarah Michelle Gellar, who incarnated the main character, Buffy Summers, who refers to her high school years as “the most difficult of my life.” Also, during the reunion, some of the members spoke about bringing the series back to life, although not all of them think that that could be a good choice.

Alyson Hannigan, who portrayed Willow Rosenberg, thinkg that “we should do the Buffy cartoon,” while James Marsters, Spike in the Buffy-verse, was clear when he stated that “if Joss is helming it, then hell yeah. If not, then hell no.” Charisma Carpenter, who was Cordelia Chase, was more possitive: “I think the fans would just go crazy if something like that would happen. It would just make so many people happy.”

However, the protagonist, Sarah Michelle Gellar, the vampire slayer Buffy Summers, doesn’t think alike: “At a certain point, when things are magical, you don’t want to go back and Godfather III it—right?” she joked. “I’m sure the fans are incredibly disappointed to hear that answer, but I think they’d be more disappointed if we created something and it didn’t live up to the expectation because the expectation is so incredibly high. And I love that it can live in comic form and graphic novels. There are so many worlds it can live in.”

About this, the series has found its canonical sequel on the comics published by Dark Horse Comics since 2017 with a “Season 8” until the most recent one, “Season 11”, and has been accepted by the fans of the original TV show. However, series creator, Joss Whedon, seems to think they could work on it again and that there’s more Buffy and more vampire to show and work on: “Everything sort of finds its way back somewhere,” says Whedon.

“I’ve been trying deliberately to move forward and do something a little bit different. But yeah, the great thing is everybody looks great, and the other great thing is the show is about growing up. If we did it with these guys, they’d be the age they basically are. They’d probably play a little younger because they can do that. But yeah, you’d see somebody going through their life at a different stage. It wouldn’t be like, ‘I can’t believe we’re still in high school! I wear Depends!’” comments the man behind the legacy.