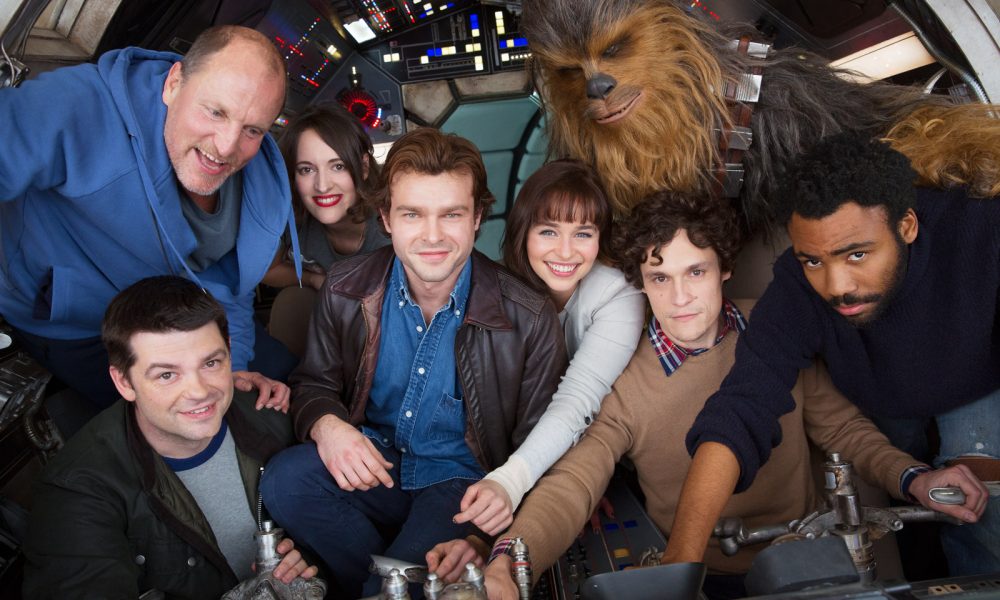 Before I get into this article, let me preface it by saying I love watching Disney movies. That includes the ones they themselves make but also ones made by Lucasfilm, Marvel Studios, Pixar, etc. That being said, they have their issues.

The new Han Solo film has become yet another example of Disney and its subsidiaries being unable to work with a director. In this case, multiple directors. As most probably know by now, the original directors of the upcoming Han Solo film have been fired and replaced by Ron Howard. This new director is a great one and I’m sure his character-focused repertoire of film-making is a great fit for the film. That being said, it’s yet another situation where Disney just seemingly couldn’t handle a filmmaker’s individuality and creative approach.

When I look at most movie series, I can easily rank the films in order of quality and preference. However, Disney films are something that I and many others are struggling to do so with. That’s because each film Disney puts out is basically the same movie with a different skin. That isn’t to say their movies are bad, in fact I enjoy seeing each and every one of them. However, where individuality and creativity are concerned, it’s almost impossible to tell the difference between them besides on the surface.

This is because Disney and its subsidiaries (Lucasfilm and Marvel Studios for example) churn out films like the world is going to end soon. As such, they have this factory-made lack of authenticity to them that, while still good, can rarely be great nor horrible. Due to this approach, Disney struggles with allowing the talented filmmakers that they hire to express themselves and, rather, seem to be looking for yes men.

Han Solo is only the most recent example of this. Sticking to Star Wars, Rogue One had to have extensive reshoots because Lucasfilm and Disney weren’t happy with Gareth Edwards’ original approach. While the original gritty war movie approach that Edwards wanted kind of stayed, the end result was a strange mess. Rogue One was still enjoyable and had great scenes but it ended up having a disorienting and choppy beginning with random moments added in as nothing more than fan service.

Going back to The Force Awakens, Michael Arndt, the writer for Toy Story 3, was originally involved and then ended up leaving, supposedly, for other commitments. His original ideas had a greater focus on the children of the original trilogy’s cast and actually gave Luke Skywalker something to do. Despite how good Episode VII became, it had the potential to be great with Arndt’s ideas involved.

Moving away from Star Wars, Disney has this issue with Marvel movies as well. Edgar Wright was originally supposed to direct Ant-Man but after years of it being delayed and some creative differences, he was replaced with Peyton Reed. Ant-Man turned out just like Rogue One and The Force Awakens: enjoyable but felt copy-pasted, filled to the brim with fan service, and was largely forgettable.

Finally, we have Joss Whedon. Renowned for his work on TV shows like Firefly and Buffy the Vampire Slayer, Disney and Marvel made a great call having him direct The Avengers. However, he has gone on record to say that he didn’t really want to direct a movie about Loki, but rather Ultron. When the second film came around, he finally got to work on his dream project but in every single interview about the project he came across as tired, bitter, and defeated. Age of Ultron, just like Ant-Man, The Force Awakens, and Rogue One after it, suffered the same issues. He then dropped from the director’s chair for Infinity War and moved to DC and Warner Bros. Now he’s working for Marvel’s biggest rival helping finish Justice League in Zack Snyder’s absence and directing Batgirl.

I’m sure all of Disney’s upcoming movies, Han Solo included, will be just fine. However, unless they start allowing themselves to take risks and do something different, people are going to start getting sick of their movies. The Marvel Cinematic Universe is vast and wide but when Doctor Strange, Ant-Man, and Iron Man all have the same basic plot it’s time to branch out. As for Lucasfilm, the shock and awe of having a new Star Wars film every year has already worn off on most filmgoers. They’re never going to have the same hype Episode VII did unless they differentiate from the other films in the series.

What do you think? Comment your thoughts down below.