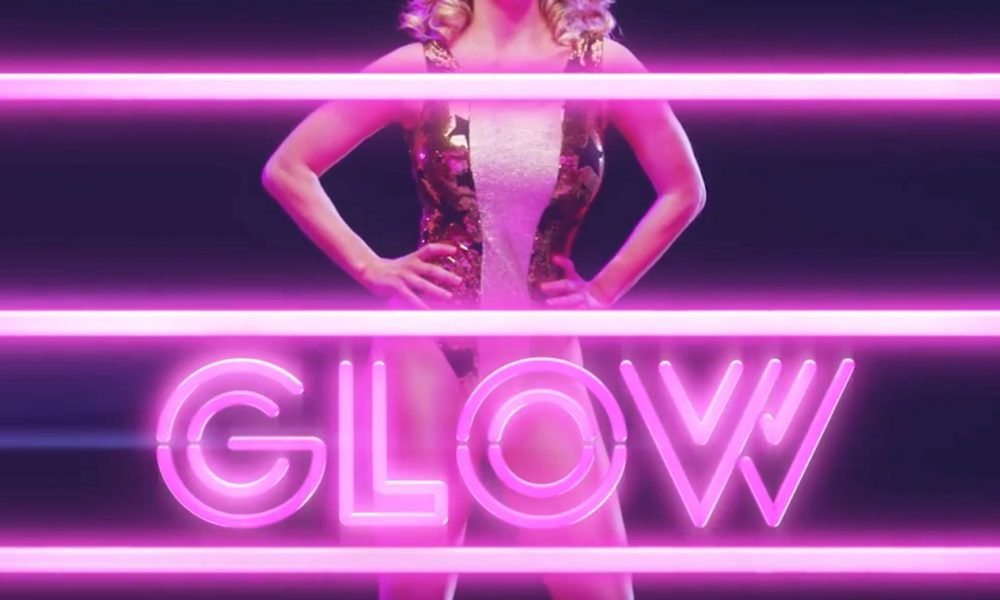 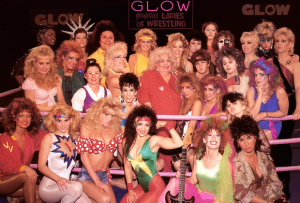 Every decade seems to become caricatured as time goes by. However, the 80s seem to be immune to this. A decade defined by sex, drugs, and rock and roll, the 80s have always seemed like a caricature anyways. It seems that every stereotype that exists today comes from the 80s. A time of going as far as possible in the time-frame it existed in. One great example of that, was the Gorgeous Ladies of Wrestling. Better known as GLOW. Filled with women whose hopes to become actresses faded, this ragtag group of ladies started something huge. (Sort of.) Although GLOW’s original run only lasted four seasons, its impact can be felt today. Even today, women professional wrestlers feel as if they are trying to prove they can do what the men do.

Looking back at the original’s pilot, GLOW didn’t have a whole lot going for it. The women acted about as well as they could wrestle as well. In other words, they  were as convincing as I was in my elementary school play. That being said you can tell that they were all in from the get-go. These were women who saw the last chance to follow their dreams. The knew they’d hit rock bottom, and this was their last chance. So they were going to leave it all on the stage. Or, rather, in the ring. Even though the show never produced a five-star match, didn’t take the world by storm, and only a handful actually continued wrestling after this, what these women did mattered. (And to be fair, one of the WWE’s mainstays for the early 2000s, Ivory got her start with GLOW!)

But why am I telling you all of this? Because as I was perusing Netflix, I found the show that told the story of GLOW. The same people that made Orange is the New Black were behind this series. And I’m happy to say that everything that has made OITNB a smash hit is on display here as well. I meant to watch one or two episodes and see if I liked it. What wound up happening was me binging it over the course of two days, and passing out on top of several pizza boxes. I’m pretty sure in my dream I imagined I was dressed in drag wrestling in GLOW. Although that might have simply been induced by my overdose on pizza and garlic knots. 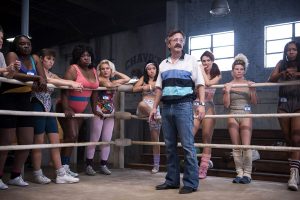 GLOW is a Total Knockout

I’ll be the first to admit, I’m biased when it comes to wrestling related media. I just got done going to see an episode of WWE Smackdown, watch almost every single pay-per-view,  unironically wear t-shirts with Macho Man Randy Savage on it. And yes, I do in fact think wrestling is real. Not in the competitive sense, but in the sense that wrestling matters the same way that theater matters. Or that any kind of media matters. So long as somebody wants to watch it, it matters and has a real impact.

All that being said, GLOW manages to be both a wrestling show, and a hilarious dramedy. Featuring an ensemble cast and stellar writing, every scene manages to pack a punch. And just like any good wrestling promotion, people will have their favorites, but every character has a chance to shine and show their personality. In fact, they all have a chance to glow. (Not sorry for that pun.)

The show is a great example, about what the American Spirit is. People seem to be tired of the idea of picking yourself up by the bootstraps and doing whatever it takes. They believe it can’t be done. But that’s what makes this show so endearing. Behind the swearing, cocaine, and raunchiness, the show can feel almost wholesome at times. They’re just a bunch of people who are trying to make something work despite all the shit happening. Something that nobody expects to work, and nobody respects. But as time goes on you really do learn to respect them, as hard-working, kick-ass women. The show’s ability to showcase the 80s craziness in an ironic and unironic sense is fantastic. The original GLOW felt like a guilty pleasure, this simply feels like an amazing TV show.

Not all that Glitters is Gold

That all being said, it’s not all sunshine and daisies. The show gets off to an admittedly slow start, and seems to really revel at times in it’s 80s setting. I’m not saying this is a bad thing, but if you’re someone who needs to be grabbed in the first 10 to 15 minutes, you’ll probably pass on this show. And this might be a little bit too nitpicky, but the actresses really don’t know how to wrestle. And it’s funny, because when you see actual female professional wrestlers have a cameo it becomes really obvious. They’ll bust out a half-assed suplex, and the other girls can’t even do it right when they’re supposed to. But then again, GLOW’s wrestling ability wasn’t it’s main attraction. So maybe I’m just too much of a wrestling mark. 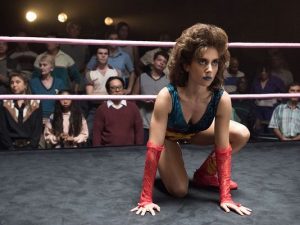 What made the original GLOW special wasn’t the wrestling, it was what it was trying to do. And what it succeeded to do in a lot of ways. Making a fun show that proved women could do what men could do. Even if that was loading up on baby oil and beating the shit out of each other. So if you’re looking for a show that doesn’t take itself too seriously, has fantastic writing, and women who are ready to kick some ass, check out this show.