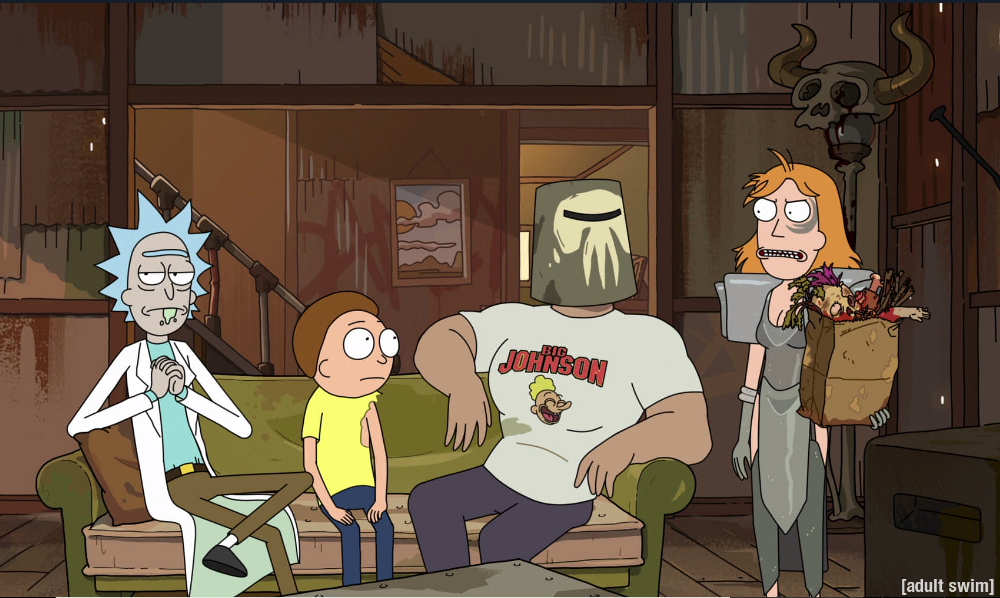 Rick and Morty is finally back, and they’ve tackled the trope of Mad Max-style post-apocalyptic science fiction in typical fashion in “Rickmancing the Stone.” Rick, Morty, and Summer find themselves running away from troubles at home to a wasteland where they each find a way to distract themselves.

The wasteland itself takes a back seat to the emotional baggage Morty and Summer try to shed by exploiting the violent tendencies of the tribe. Rick is already a pro at dealing with divorce and emotional trauma, so he uses his time to hunt down the powerful Isotope 322, as well as make sure Beth doesn’t know the kids are missing. This is the first real trauma Summer has faced in the show, and we learn a lot about her from the way she handles it. She distracts herself by killing mutants with Death Stalkers and involving herself with Hemorrhage, the leader of the tribe. She rises to become a sort of matriarch in her own right, however long as that lasts until Rick introduce the society to modern luxuries to speed up the deterioration of their relationship. This definitely falls in line with the show’s idea of the futility of relationships, but that actually comes second to how it affects Summer’s character. Summer didn’t lose herself in the wasteland only to learn a lesson about the pitfalls of monogamy, she realizes she can’t continue distracting herself from her own problems. This would have taken her a while to figure out if the tribe continued roaming the wasteland, so she’s lucky Rick is looking out for his ‘Sum Sum.’ Summer visiting her dad and telling him to keep looking ahead wraps up a great episode-arc for Summer, and functions as a major step forward for her dealing with the divorce.

Morty’s arc is more straight forward, projecting his cowardly father onto the waves of wastelanders that meet him in the Blood Dome. His mutant arm has baggage to deal with as well, and Morty is brought along for the ride and attempts to solve his own problems by extension. This helps Morty release some of that pent up rage we saw in “Look Who’s Purging Now,” but ultimately will never be enough to really help him. Morty semi-confronts the fact that he isn’t dealing with the divorce in a healthy way (“who wants to be my pussy of a dad today!?”), and by the time Armthony completes his unfinished business, Morty is left to complete his. Unfortunately for him, Summer, and Beth, their business isn’t as simple as avenging your dead family, as their problems lie much deeper than that. While his realization isn’t as pronounced as Summer’s, Morty puts himself in a better position to heal by the end of his time with Armthony.

From the little we got from Beth, she seems to be a mixed bag of emotions. She seems unconcerned when Morty and Summer run off with Rick, and doesn’t ask too many question when Rick comes back without them. She trusts him (however good or bad of an idea that is) with the kids, and only at times wonders how they’re handling the divorce and what it’s doing to their family. Robot Morty and Summer are sort of therapeutic for Beth in a way, but it’s only until when her real children return that she can find herself at peace for a moment. We can expect the show togo into Beth’s handling of the divorce, including her backstory, in the future.

Mad Max isn’t the most creative Rick and Morty has gotten, but it served it’s purpose as a vehicle for Morty and Summer to confront their parents divorce. “Rickmancing the Stone” continued the season’s strong start.

The episode, of course was not without memorable one-liners:

“That’s because loser look stuff up while the rest of us are Carpen all them Diems.”

“Is it really easier to eat human flesh than to tell me why we’re here?”

“Save it for the semantics dome, E.B. White.”

“My body is chrome! My blood is gasoline!”

“Aw jeez my sister died in the spaghetti…”

Rick and Morty episode 3×04 is “Pickle Rick” where we get to meet… Pickle Rick! Watch “Rickmancing the Stone” on Adult Swim’s website here! 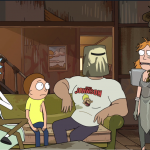 Christopher WheatleyFebruary 12, 2019
Read More
Scroll for more
Tap
Han Solo Film Gets Composer of The Bourne, Kung Fu Panda, and How to Train Your Dragon Series
Prince Lotor Is a Different Kind of Villain in Voltron: Legendary Defender
wpDiscuz