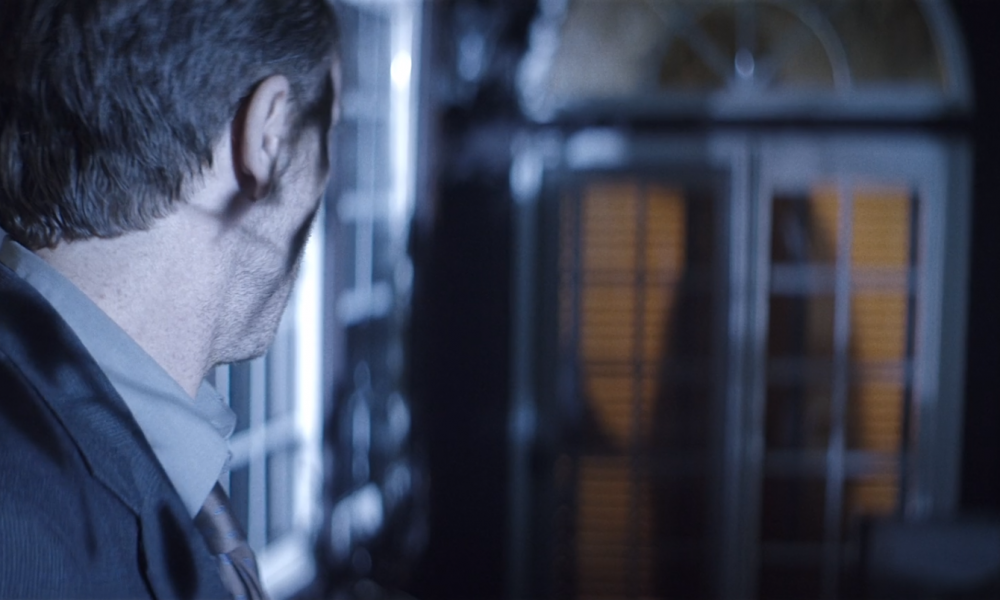 If you don’t remember the pitch for the TV show Arklay, I don’t blame you. I never heard of it either. Plus, I have no idea what the title is supposed to mean. Just what is an “Arklay?” Well, it’s the name of both the mountains and remote mansion found outside Raccoon City. Yes, Arklay was supposed to be a television show that took place in the Resident Evil universe.

Arklay was planned back in 2014 and originally set to air in 2015, but no distributor ever picked it up. However, the show’s creator Shawn Lebert (Riddle of the Mask, Sanctuary) recently posted a proof of concept video titled Dave that gives audiences a taste of what could have been:

The video follows Detective Reinhardt as he visits the house of his brother Dave (hence the title). Apparently Dave committed suicide, but Reinhardt’s knowledge of Dave’s behavior and inclinations tells him not everything is as it seems. The proof of concept video plays out like a police drama and hints at an ongoing conspiracy that would have been revealed throughout the show had it been produced. And then, at the end of the video, Dave’s corpse stands up, and not because Dave’s alive; he’s quite clearly a zombie. The plot of Dave follows the original pitch for Arklay that was posted on Bloody Disgusting: “When Detective James Reinhard is thrust into a series of bizarre homicides, he unravels the city is hiding a dark conspiracy. Learning a fatal virus is connected to it all, Reinhard discovers it’s already coursing through him. With time no longer on his side, he must solve the conspiracy to save his own life.” This pitch sounds like a novel concept for a show. However, had VG247 not written an article about Dave, I never would have known it was supposed to take place in the Resident Evil universe.

Sadly, this is where information on the show ends. Arklay obviously was going to take place in Raccoon City, but we have no idea how, if at all, the show would have tied into the official Resident Evil canon. Would Arklay have included any Resident Evil characters or monsters like Albert Wesker or the T-002 Tyrant? Would the Detective Reinhardt visited any other other iconic Resident Evil locations, including the infamous Arklay Mansion? We may never know, but I do hope that Lebert’s video inspires a distributor to pick the show up; I think Arklay would do extremely well on Netflix.