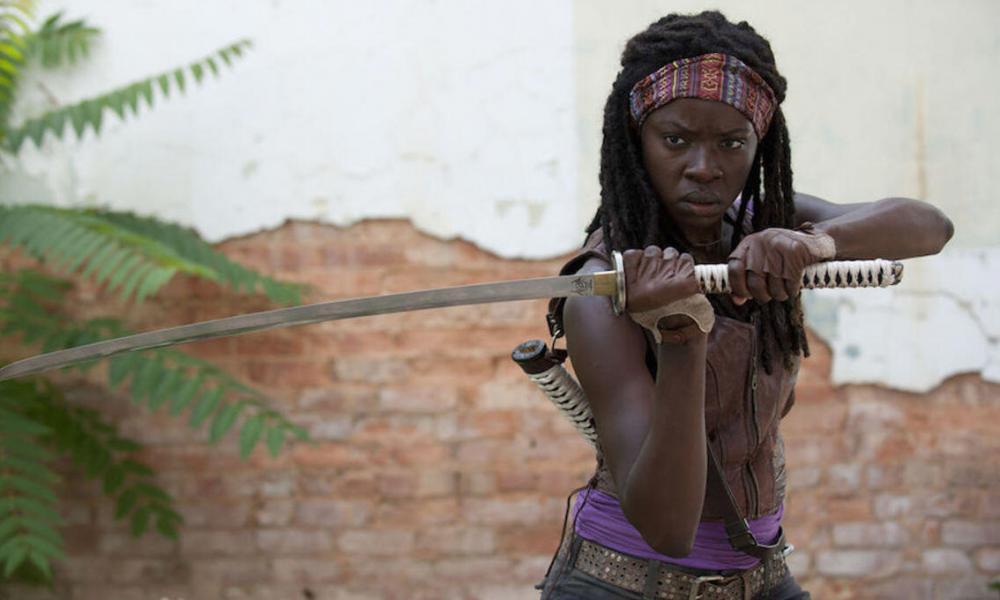 The Walking Dead has harnessed the undead obsession within society with its gritty zombie action along with a well-rounded, likeable cast. The show has been losing some favorite faces over the course of the years, and the most recent announced exit comes in the form of Michonne actress, Danai Gurira.

The fan-favorite first appeared in season three as the katana-wielding Michonne and has retained a prominent role in the series since. The Walking Dead takes the popular genre of zombie films and creates a thorough drama TV series on AMC which has the show-centered survivors fighting for their lives against both the undead flesh-eaters, as well as plenty of uncivil humans who have welcomed the apocalyptic turn.

The show is currently in its ninth season and has already seen the departure of long time protagonist, Rick Grimes, played by actor Andrew Lincoln. With Lincoln leaving after season nine, and Gurira gone once season ten has finished, that leaves Norman Reedus, who — along with Melissa McBride — recently signed a multiple year deal, as the potential to take on the role as lead character. While the show mostly focuses on the group of zombie-slayers and their story of survival, there was always a larger focus on Rick Grimes, first and foremost. However, creator Robert Kirkman could allow the show to centralize its focus on the entire group rather than swing towards one character or another.

In season ten, Gurira will be returning for “a handful of episode” before her official departure. With the show still running strong — though, some might argue not as strong as it once was — some might wonder if it’s too risky to continue onward after back-to-back major character exits. Finishing the series strong would allow the hit zombie drama to be remembered as one of the all-time great TV series, rather than risk becoming diluted, or overstaying its welcome.

However, there’s still plenty of potential passed the tenth season, as the remaining cast still provides that gritty and dramatic flare the series is best known for. What will make the difference is how Kirkman bounces back from the loss of Lincoln and Gurira, as both Grimes and Michonne are both still alive in the comic series. This could very well be pivotal in the separation between the television series and comic, though there are already many major differences.

However, the departure of of both big stars in The Walking Dead TV series might not mean it’s the last time fans will see them in the series. Three film adaptions are in the planning stages by AMC, and Andrew Lincoln’s character, Grimes, is set to star in at least one of them. In an article from The Hollywood Reporter, it’s also stated that Gurira will “likely” make her return to the zombie infested drama in one, or all, of the films alongside Lincoln.

Gurira isn’t only known for her zombie slashing carnage, as she has also found stardom in Marvel movies, The Black Panther and The Avengers, as Okoye. With The Avengers: Endgame coming this April, we’re sure to see more of Gurira in action outside of The Walking Dead series.

Avatar: Actress Edie Falco Joins The Cast For Upcoming Sequels
New Aladdin Trailer Shows Off Will Smith As The Genie