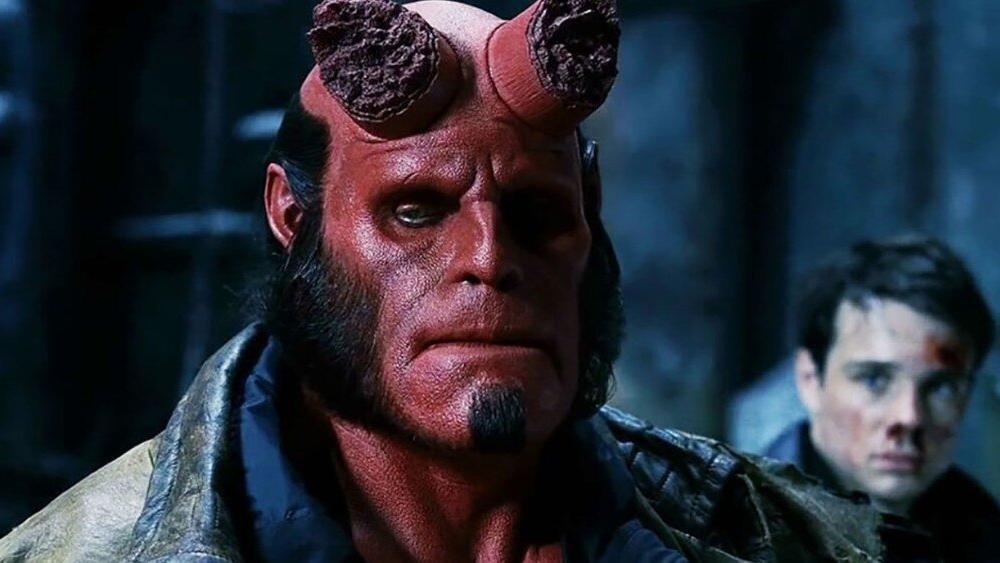 Fans of the most famous demon on Earth can finally rejoice, as the long-awaited third Hellboy film is finally coming to the big screen. On April 12, fans of the gory franchise will be lining up around the block to catch the hotter-than-hell shoot ’em up action in all of its glory.

It has been a full decade since the last installment of the film, Hellboy II: Golden Army, which grossed $75 million according to Box Office Mojo, leaving us wondering why we’ve had to wait so long for another film.

This latest edition will be a major departure from the previous films in almost every single way, which has left fans divided and anxious in equal measure. Here’s everything you need to know about this year’s Hellboy reboot.

The most important thing to know is that Hellboy won’t be anything like the previous two films. The undisputed king of horror Guillermo del Toro will not be returning as director, citing a number of “creative differences” between himself and the studio. As a result, the original star of the Hellboy series Ron Perlman is also out, given his well-known loyalty to the famous director.

As such, we can expect a very different flavor of film this time around. One thing that’s certain is that the sequel to Hellboy II just isn’t happening, period. The mega-studio bankrolling the operation, Lionsgate, expressed concern that attendance to the last film was way too low to justify the $85 million production costs and figured it was time for a change of pace.

The new film has been directed by British director Neil Marshall, also known as the creative genius behind horror classics such as Dog Soldiers and Descent, as well as some of the most acclaimed episodes of Game of Thrones. In true form, this reboot is being released as an R-rated film, although judging by the trailer, it looks like there’ll be plenty of that quintessential Hellboy humor.

The plot details of the film have been kept strictly confidential, so we know little aside from the fact that it’s largely filmed and set in London. What we do know for sure is the full cast, which is packed with instantly-recognizable names from the world of horror and beyond.

Ian McShane, perhaps best known for his stellar roles in Deadwood and American Gods, will be taking over as Trevor Butteholm, the academic who serves as Hellboy’s guardian angel. Horror queen and Resident Evil star Milla Jovovich will be doing her thing as the evil Blood Queen, an ancient witch who has been trapped in Hell for 1500 years.

Sasha Lane, star of American Honey, will be playing Alice Monaghan, the young girl rescued by Hellboy as a baby who is now his loyal sidekick. As for the main man himself, he’ll be played by David Hopper, an up-and-comer most well-known for his role in the Netflix hit series Stranger Things and his memorable appearance in Suicide Squad.

If you don’t recognize Hellboy from the previous films, you’ll almost certainly know his face from the sprawling multi-million dollar franchise and multimedia empire spawned by the original graphic novel. There was the hit 2007 Cartoon Network animated series, Blood and Iron which garnered a large audience of adults and children alike.

Then there are the multiple smash-hit video games, such as the Science of Evil PS3 Title released by Resident Evil producers Konami and the Tooth Fairy Terror iPhone game by Tuesday Creative. The franchise even expanded into the world of online casino gaming, with the Hellboy reels being one of the most popular Betway online slots around.

The question now is whether this reboot means we can expect an entirely new franchise, complete with merch, video games, novels, and the rest. Facts are pretty thin on the ground at the moment, which means that Lionsgate might be waiting this out to see if enough filmgoers turn up before they consider any licensing agreements. Any and all Hellboy content is good in our eyes, so we’ll keep our fingers crossed.

What the Internet is Saying

The fanbase has so far given some mixed reactions to the upcoming film. It’s no secret that people were very excited for a sequel to Hellboy II, which had been promised to fans almost a decade ago as something that “needed to happen” in the words of del Toro.

Much of the Twitter and Reddit commentary at the moment is an equal mixture of lamentation over the lack of a sequel and cautious optimism, given the hugely talented director and main cast. The R-rating also suggests that fans may still be getting what they originally wanted – a much darker Hellboy film series which more closely resembles the source material from the comic books.

Only time will truly tell, and with this film just around the corner, you won’t have to wait long to see for yourself.

Christopher WheatleyFebruary 11, 2019
Read More
Scroll for more
Tap
Roster Construction Is More Important than Ever in CS: GO
Have you used your PureVPN invite?