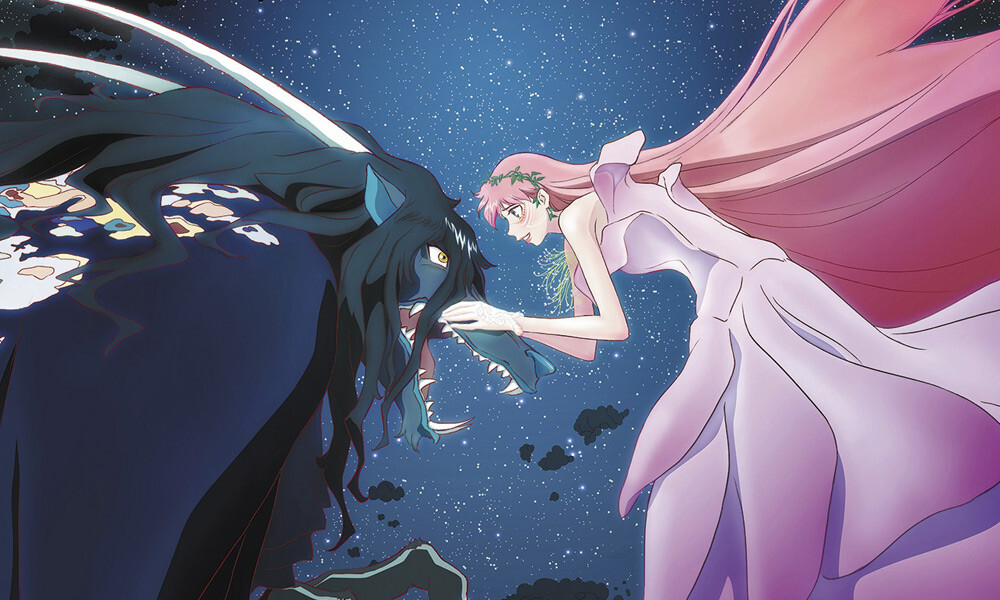 Mamoru Hosoda’s new film, Belle, had its world premiere at the Cannes Film Festival on July 15th, 2021. It was a last-minute rush addition and was announced less than two weeks before its debut. At the festival, Hosoda received a 14-minute standing ovation due to its excellence.

When we first saw Belle, we were moved to tears. It was easy to see why the Film Festival audience was so impressed with it. The question is, what makes Belle so special?

A Film Set in the Present Internet Age

The story follows the heroine Suzu, who starts as a shy high school student. She becomes a participant in the online social media platform called “U” with billions of users. When Suzu becomes one of the most popular avatars on “U,” she meets a violent dragon avatar.

The film straddles with the imaginary and backdrop of the Internet to explore the process of overcoming one’s own demons. Through the story, Suzu finds inner strength and makes the best out of the scary real world, and comes to grips with how the Internet fits in her life.

To everyone’s surprise, including hers, Suzu’s avatar becomes a sensation practically overnight with millions of followers. In one of her most beautiful sequences, she’s shown in a floor-length, red gown that’s adorned in red roses, lotuses, and gerbera daisies that float off of her.

As the dress morphs as she sings, the experience can only be described as “magical.” It’s hard to resist the urge to run out of the house and buy flowers just to mimic this part of the movie. If you’re interested in doing so yourself, purchase some from Bouqs discount flower selection.

A Remix on the Beauty and the Beast

The 18th-century French novel La Belle et la Bete (Beauty and the Beast) is effortlessly retold in a modern setting. It’s easy to see the parallels between the character literally named Belle as a stand-in for Belle and the dragon avatar shunned by online society as the Beast.

Mamoru Hosada himself stated that the Disney film “Beauty and the Beast” actually revitalized him and gave him the encouragement he needed to get back into animation. It’s likely that if he hadn’t seen that film, we wouldn’t have Belle, Digimon: The Movie, and Summer Wars.

Stunning Detail Found All Over

The world of “U” is a total feast for the eyes. There are so many screenshots that feature Belle staring across the Internet scape filled with chat balloons and technicolor. Viewers are immediately taken aback by the animation and the quality of the music and voice actors.

Music plays a significant part in Belle, who’s voiced by singer-songwriter Kaho Nakamura. The main theme, “Millenium Parade,” is so incredibly catchy it garnered 2.1 million views 3 days after its official release. The entire voice cast is stellar and brings their A-game throughout.

Technique From a Creative Veteran

Mamoru Hosada has an animation technique that’s immediately recognizable by fans. His 2D design uses cel-shading, which has an absence of shadows. What it does lack in shading, it makes up for bright colors. Over the years, Hosada has added CGI to his repertoire.

Hosada doesn’t follow trends and tries to break the mold where he can. In Belle, he marries hand-drawn 2D with CGI, motion capture, and a bunch of other techniques to create this unique, creative style. The final effect elicits warm, nostalgic feelings no longer found in western films.