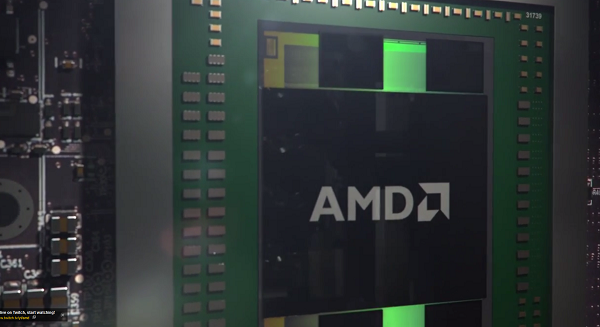 Game developers aren’t the only ones holding press conferences at E3. AMD used the gathering of gamers to showcase its new 300 series graphics cards in its own presentation earlier today. There were 3 new high-end cards unveiled, one of them the company’s much-anticipated answer to Nvidia’s GTX 980 Ti, the Fury X. AMD, as rumoured, has dropped its tradition of numerically naming its cards, branding these new chips under the name “Fury.”

First, the big news is that the new “Fiji” will be used in the Radeon R9 Fury and R9 Fury X, both with high-bandwidth memory. They’ll launch of $550 and $650 respectively, and the only difference between them seems to be that the Fury is air-cooled while the Fury-X is water-cooled. There will also be a smaller 6-inch Fiji card called the R9 Nano, which will have a smaller form-factor and half the power of the R9 290X.

The Fury X has some impressive specs. It features 4096 stream processors, almost double the R9 290X’s 2816 stream processors. It will have “up to” 1050MHz core clock, HBM memory with 512 GB/s of bandwidth, 8.9 billion transistors, 256 texture units, 64 ROPs, a 67.2 GP/s pixel fill rate. AMD claims the water-cooling makes the card ideal for users who wish to overclock. The Fury X’s power consumption also isn’t as high as you’d expect, with its TDP only slightly higher than the R9 290X’s.  AMD has also said the new HBM gives the Fury X three times the performance-per-watt of GDDR5, while taking up 94% less PCB surface area than the older models.

The Fury X will go on sale on July 24th, while the R9 Fury will release slightly earlier on July 19th. The smaller Nano card will come within the next couple of months, and AMD has also promised a dual-GPU Fury card will come by the end of the year.

Gamers eagerly await the Fury X’s release to see whether or not it really will outperform the GTX 980 Ti.