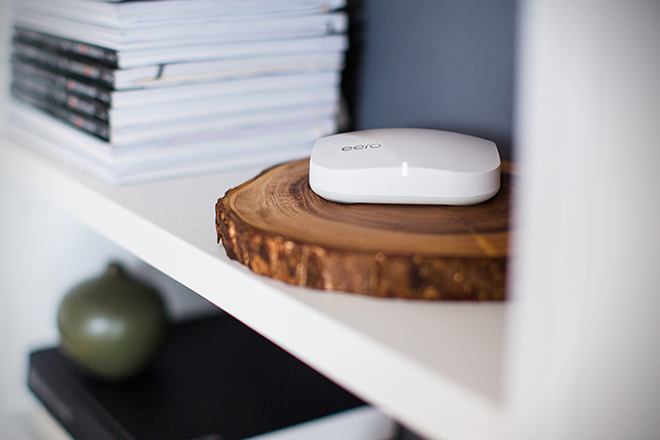 The internet is a huge part of most everyone’s life in 2017. Personally, I’m almost constantly playing a game or having something streaming (whether it’s music or video). Despite everyone’s constant connection to the world wide web, many people aren’t aware of Wi-Fi systems outside of the router they either rent or buy from their ISP. In 2017, there’s a lot of great options for Wi-Fi routers. In this article we’ll be focusing on the pros and cons of two of the best, the Wi-Fi routers from Google and Eero.

Recently, it seems like Google has been the king of all things internet. Can they take the crown as best Wi-Fi system, too? We’ll take a look at the specifications and features the Google Wifi AC1200 Dual-Ban Whole Home Wi-Fi System offers and determine whether this product is worth your time!

First off, the Google Wi-fi system comes in a pack of three. It’s designed to be placed in multiple high traffic areas of your house for optimum Wifi coverage. No more do you have to worry about a shoddy connection when you’re on a different floor from the wireless router. With three access points to place at your leisure, it should be easy to make sure you stay online and up to speed no matter where you are.

The system is also backwards compatible with 802.11a/b/g/n networks, so you can easily upgrade from your old router. Making the process easier gets Google Wifi big points, especially for those not exactly tech-savvy.

The Google Whole Home Wi-Fi system also boasts up to 1.2 GBPS, ensuring that the router will be able to keep up with your blazing fast internet.

Unlike the Google Wifi, The Eero works with a variety of number combinations. If you only need one device to cover your home you only need one, but expanding coverage is as simple as adding another Eero and plugging it in. Your home coverage will instantly expand with no further fussing needed.

The Eero app also lets you see exactly how many devices are connected to your system as well as the true internet speed you’re getting from your ISP.

Eero regularly runs checkups on the Wi-fi system, eliminating the infamous “unplug the router and plug it back in again” that many of us resort to when there’s issues with our wireless internet connection.

The Eero – AC Whole Home Wi-Fi System retails for $399 for a 3-pack. User reviews, like the Google Wifi system, are almost universally positive. People really like their Eero systems!

Though these are both great Wi-fi routers and you’d be making a good decision with either, this is the “Battle for Best Home Wi-Fi System” so we have to declare a winner.

Although Google offers a lot of cool features with their Wi-Fi system, I’m going to have to go with the Eero – AC Whole Home Wi-Fi System for the winner of this showdown.

Though the Eero system is more expensive per device, the fact that you can only buy one or expand up to 3 or more if needed really allows you to customize your Wi-Fi coverage to your individual needs. If you live in a small apartment there’s no reason for you to need Google’s 3 point system, and Eero offers a way around that.

The regular monitoring and fixing of Wi-fi signal is another advantage the Eero system has over Google. Never having to worry about resetting your router is a big pro I just can’t ignore.