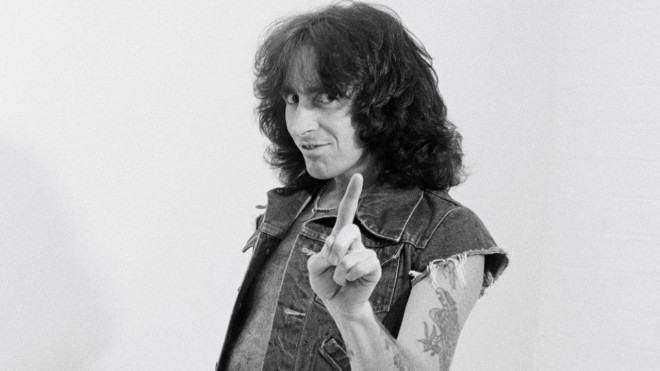 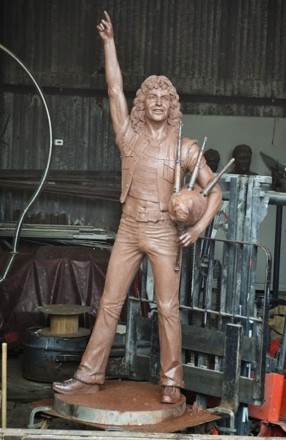 Late lead singer and lyricists of hard-rock band AC/DC, Bon Scott will soon have another statue built in his honor. Bon Scott has been AC/DC’s front man from 1974 until 1980, when he died from alcohol poisoning in London. In 2004 he was rated as number 1 in a list of “100 Greatest Frontmen Of All Time” and every year a festival is being held in his hometown in Scotland, named “Bonfest”. Bon Scott was born in 1946 in Kirriemuir, Scotland but he was raised in Australia, after his family emigrated in 1952. In 2008 a life-size bronze statue was built in Fremantle, Western Australia.

Two years ago, fans from Scotland started a fund-raising to build another statue of Bon Scott in his hometown. AC/DC fans raised almost 50.000 pounds, but the statue itself will cost around 45.000 pounds. Students from Dundee and Angus collage decided to build a memorial garden around the statue with the extra money. The statue shows Bon Scott in a sleeveless denim jacket and very tight trousers carrying a set of bagpipes. John McKenna the one who carved the statue chose the bagpipes because it is the instrument that late AC/DC frontman played during the recordings of “It’s a Long Way to the Top (If You Wanna Rock’n’Roll)”. The statue will be placed in a car park on Bellies Brae road that leads out of Kirriemuir, north of Dundee.

Fans effort will be rewarded next year in April at the annual “Bonfest”, when the statue will be unveiled. The singer died at 34 years old, but his life is fully celebrated by AC/DC fans all around the world.

Bon Jovi banned in China one week before their concerts
Does parenting make music less enjoyable?