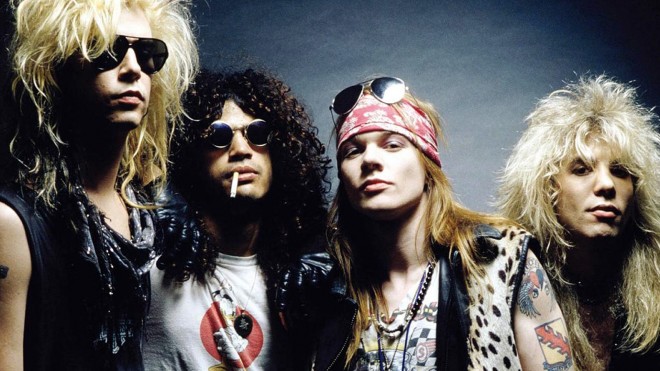 After a tiring week of work we always wait for that moment of the weekend when, we can sit back on our couch and just relax. And we all know that music is beneficial for our state of mind, so why not choose the perfect song. But sometimes we are so tired that even choosing a song seems like an impossible task. But don’t worry here on GeekReply we care about your well being and chose a song for you every Saturday. For this weekend I picked for you a small dose of November with the song November Rain from Guns N’ Roses.

The American Hard-Rock band Guns N’ Roses was formed in 1985 and by the 90’s it became one of the most popular rock bands in music history. It’s nearly impossible to not recognize such an old-school band and their unique style of Axl Rose and Slash. Although the band has a different line-up today, lately a lot of rumors moved around saying that the former Guns N’ Roses line-up will reunite again. There was a lot of controversy and conflicts between the former band members leading to each of one of them to pursue other types of musical projects. From all the band members Slash is the one who parted ways with Guns N’ Roses in 1996 and started a lot of different other projects.

November Rain is the song that will flood your news feed each November not only because the title suggests the month but also because it is a great love song. “November Rain is a song about not wanting to be in a state of having to deal with unrequited love.” – Axl Rose