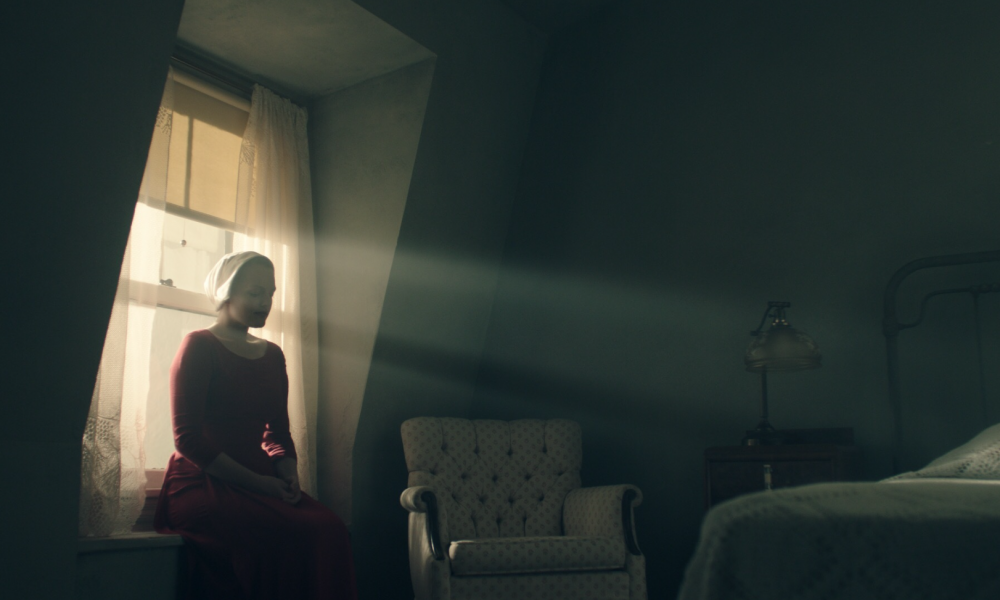 The world of The Handmaid’s Tale is simple to explain. Imagine one day you wake up and the world is a totally different place. Everyone is pleasant to one another, no more pollution, food made from scratch every day.  Sounds perfect right? Perhaps a little too perfect? You would be right, it is. No more television, no internet, no smartphones, no games of any kind. Are you scared yet? Well, for a woman this world is an utter nightmare. Women have no rights whatsoever and are forbidden to have a job.

It only gets worse for women. In this future birth rates have dropped severely, and many women have become infertile and unable to carry or deliver healthy babies. Of course,we all know a nation only exists if there are another generation to carry it on. Women like Offred and the handmaids are the answer to that problem. A religious sect that runs the government has taken over America. Women lose their rights, doctors that practice abortions are put to death along with anyone that is homosexual.  Women that are of childbearing age or have born a child successfully are forced to become handmaidens, concubines to those in charge of the government whose sole purpose is to become pregnant to their commanders (the men in charge), and give birth to a healthy baby. Once the baby is weaned the handmaiden is sent off to another commander.

Hulu took on a rather daunting task of bringing this dark tale to television. Their timing could not have been any more perfect for it either. With today’s political climate, many worry that we will wind up in such a world such as 1984 or even this one. We fear this now because these scenarios could easily happen. The series deals in flashbacks to Offred’s life. She was married and had a daughter. Now Offred is a second class citizen with no voice. However, as the series progresses, she is waking up to the world and finding the will to fight. 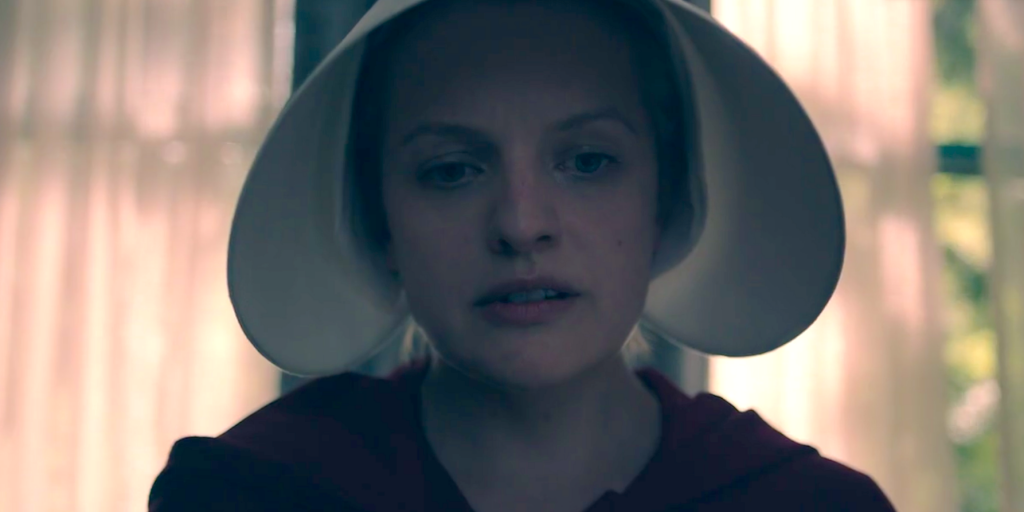 Elizabeth Moss is a powerhouse in this series as Offred. One can really identify with her and what she goes through. Yvonne Strahovski plays Serena Joy, once a powerful woman in the old world and now resigned to being the wife of her husband Fred played by Joseph Fiennes.  While in the story Offred is the narrator, the show took the ability to branch out and tell the tales of the other handmaidens such as Ofglen, Offred’s friend who is a lesbian, and Janine, an unstable handmaid. 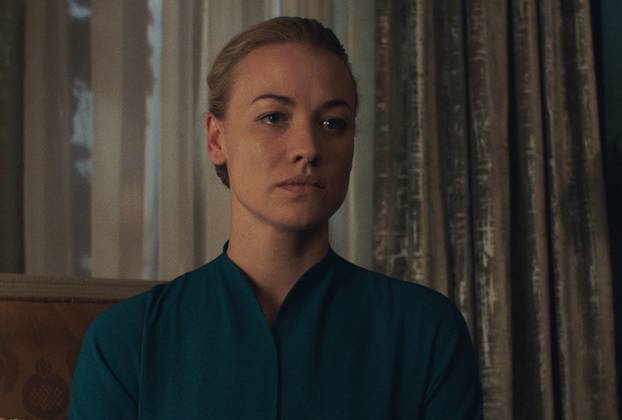 The pacing of this series is perfect like the opening of a flower’s petals, perfectly timed and with anticipation. As you watch each episode you get chills at the events as they unfold with each twist and turn in Offred’s life.  It also covers the issues women deal with in today’s society such as slut shaming, religious oppression, reproductive rights and genital mutilation.

Hulu has set this series to only be ten episodes, I worry that they will go stale somewhere between episodes 5 through 8 but so far this is a show to watch and to take heed of its warning. 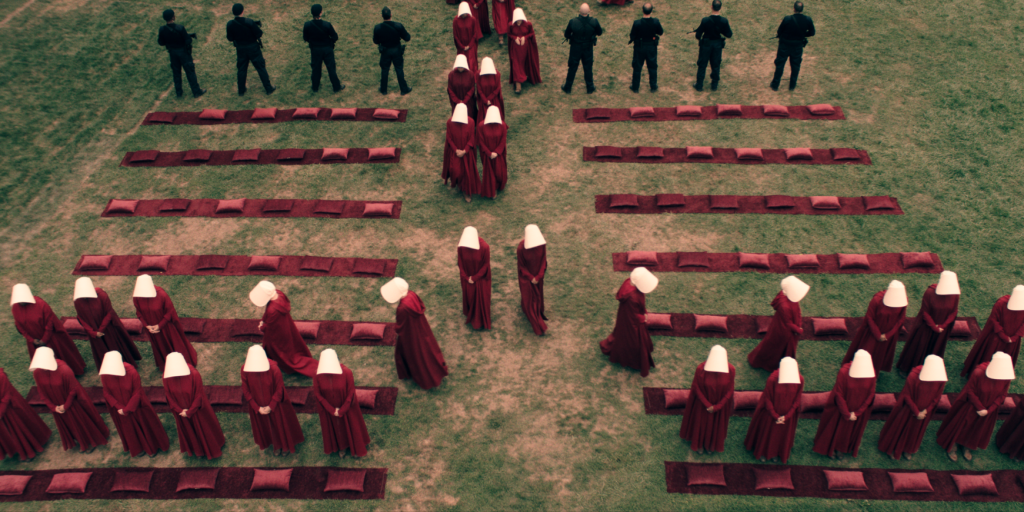