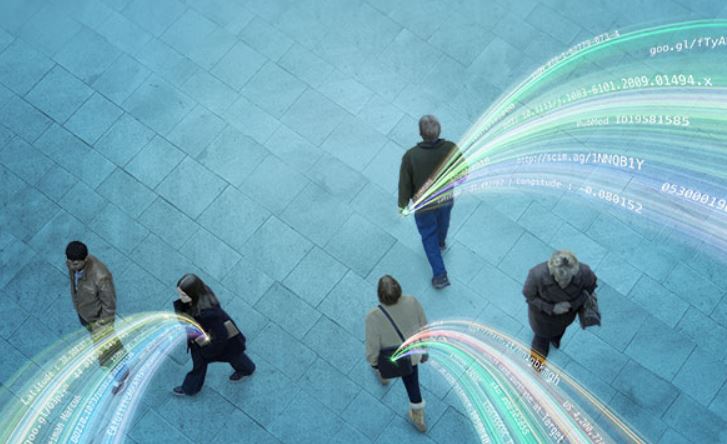 The digital age has propelled discussion on the concept of an inalienable right to privacy for citizens. This issue transcends geopolitical boundaries. Generally speaking, the current global outlook on digital privacy aligns well with cultural worldviews about personal privacy. It is fact that societies may differ about the definition of privacy. However, there is no doubt that the concept is present in every facet of life on a daily basis. This is especially prominent when it comes to the power of digital information.

On July 19, India’s Supreme Court began hearings on whether the Indian constitution provides protection for fundamental rights to privacy. This is a serious case that will affect every facet of Indian society regardless which way the court rules. For instance, if the court rules that the constitution does indeed protect rights to privacy, then existing bans on beef and alcohol consumption will undoubtedly receive reviews. Likewise, there will be new arguments against the current law criminalizing homosexuality.

With this in mind, the laws governing user data collection are at stake. If India’s Supreme Court rules against constitutional protection of privacy, then the Indian government is free to collect any and all digital data. Such information includes spending habits, likes and dislikes, account balances and assets, family, friends, and everything else people record in digital format. Not surprisingly, people are justifiably wary about how the government will use such data. There are certainly countless examples of governments throughout history using information to advance agendas not in the best interest of the citizenry.

Concern about Exploitation and Commoditization of Personal Digital Data

People across the world are concerned with government access, use, and control of user data. The Indian government in May admitted that the data for around 135 million people had “leaked” online. While the government repeatedly said the data is secure, it is a major concern that hackers could acquire such data and use it illegally for profit.

Just recently, the Ninth Circuit Court of Appeals in San Francisco ruled that ISPs must comply with the gag order inherent in National Security Letters (NSLs). The gag order forbids institutions to whom the FBI sends an NSL from informing the target of an investigation. Our own Ule Lopez recently wrote about this. Critics of the ruling argue that this destroys our right to privacy.

Half a KB History of Personal Privacy in the USA

The history of the right to privacy in American law is quite fascinating. In fact, the US Constitution does not contain an explicit reference to any right to privacy. The First Amendment protects the free exercise of religion, speech, the press, the right to assemble peacefully, and to petition the government for redress of grievances. The Third and Fourth Amendments protect against the forceful housing of soldiers and against unreasonable searches and seizures, respectfully. The Constitution provides due process of law with the Fifth Amendment. Both the Ninth and Fourteenth Amendments provide more broad protections. The Ninth maintains citizen’s security against the Constitution itself, while the Fourteenth protects life, liberty, and property.

Lawyers and lawmakers crafted the concept of the right to privacy using a mixture of these Amendments. The first explicit reference to privacy rights in American law dates to the 1920s, and since then various politicians, lawmakers, and privacy advocates have molded the concept according to their own goals. There are some landmark cases that have had greater impacts than others on this concept. For example, the Supreme Court cited the First and Fourth Amendments in Stanley v George to protect your right to possess and view pornography. The Fourteenth Amendment protects against forcing children to attend public schools as ruled in Pierce v Society of Sisters. Likewise, the Fourteenth protects Roe v Wade. 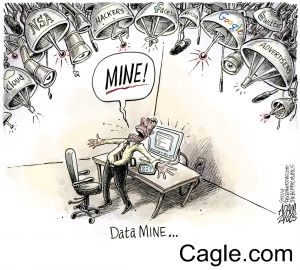 Obviously, the concept of right to privacy rolled over into the digital age. For the most part, lawmakers have refused to make a stand. While there were attempts to define the boundaries of personal privacy on the internet, the new administration has repealed them. Recently, individuals and organizations have participated in events promoting net neutrality. Of course this is a worthy fight, but it is not the same as protection of personal data. Nor does it provide an inalienable or fundamental right to digital privacy even though the two are often bundled together. In fact, the definitions of inalienable and fundamental are fascinating topics, but we will leave that for a philological debate.

Despite our desire for an alternative fact, when you enter into a contract with an ISP or do business with an online retailer, you are willingly entering into a relationship dictated by that entity. These entities can do what they want with said data within the boundaries of the law, which, unfortunately, does not always protect the citizen. Unless you have been living under a rock for the last 30 years, you should know that there is only one option for maintaining any semblance of control over personal digital data. Don’t use the internet. Even then, government records are digitized, so almost everybody has varying degrees of personal data in digital form.