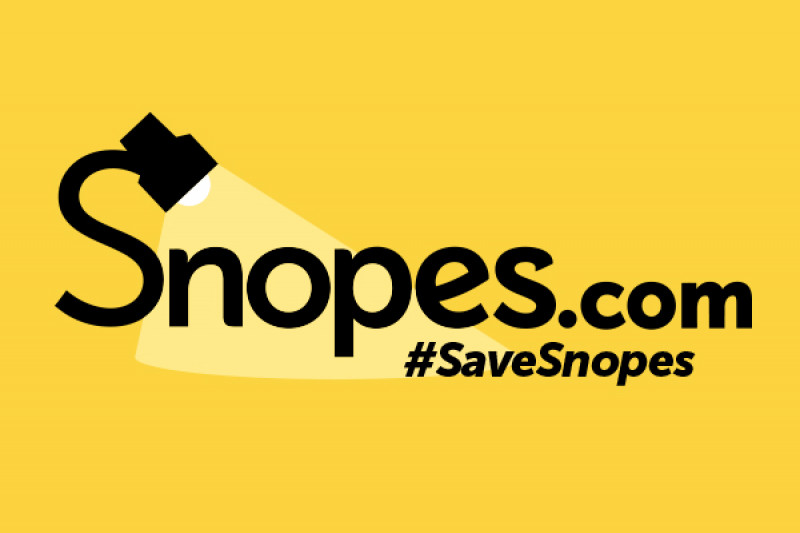 Fake News. Everybody knows about it, and it’s for real. Some use the term to falsely accuse legitimate sites, news channels, and sources of lying simply because they use facts to disprove a patently false claim; while almost paradoxically, certain sites, news channels, and sources actually are real examples of fake news. With all of the information available at our fingertips, sometimes it’s hard to tell what’s real and what isn’t. Who has the time to scour the Internet for information on whether or not a school gymnasium once hosted a hi-tech “7D” hologram or if several European and American cities are ruled by Islamic Shariah law? Well, fact-checking sites do, because the people who work at those sites are paid to do just that. We need fact-checking sites now more than ever, which is why you should probably help Snopes out by donating a bit of money.

Snopes is one of the larger and more trusted fact-checking sites on the Internet, but it has recently come into a bit of financial trouble. No, it isn’t because the CIA has stopped funding the site or whatever cockamamie claim conspiracy theorists have come up with. According to a post on the Snopes website, it has done its best to avoid funding by sponsors or outside investors, which means it has solely relied on advertising. However, one of Snopes’ owners, Proper Media, won’t let the site run advertisements, which obviously causes some financial problems. A CNET article states that this problem started when Proper Media sued Snopes founder David Mikkelson and his company, Bardav, for breach of contract and cut off advertisement from the site. Mikkelson/Bardav countersued and claimed Proper Media didn’t provide the services it promised via a contract, which has turned this legal battle into a huge “he said, she said” piece of drama I’m not even going to bother getting into. Point is, Snopes relies on advertising but can’t run advertisements, which means the only way to keep the site running is to ask for donations.

Snopes’ #SaveSnopes fundraising campaign is currently active on GoFundMe, and the campaign is fairly popular, as it raised over $250,000 of its $500,000 goal in nine hours. Not only will the money keep Snopes online, but the donations will also help pay Mikkelson’s legal fees in his upcoming fight with Proper Media. Unlike crowdfunding campaigns such as those on Kickstarter, this GoFundMe campaign doesn’t offer anything like stretch goals, and all donations are non-refundable, even if the campaign doesn’t reach its $500,000 goal — although, that seems highly unlikely. If you rely on fact-checking sites to determine what is and isn’t fake news (and participate in fundraisers for other independent sources of information, such as NPR), I highly recommend donating some money to Snopes. You might not get a playable alpha build of a game or a special music soundtrack, but I daresay helping one of the most trusted names on the Internet stay up and running to fact-check another day is a better use of your money than funding any video game. Yes, even Shenmue III.

Inalienable Right to Privacy in the Digital Age
Trump to Scaramucci: You’re Fired