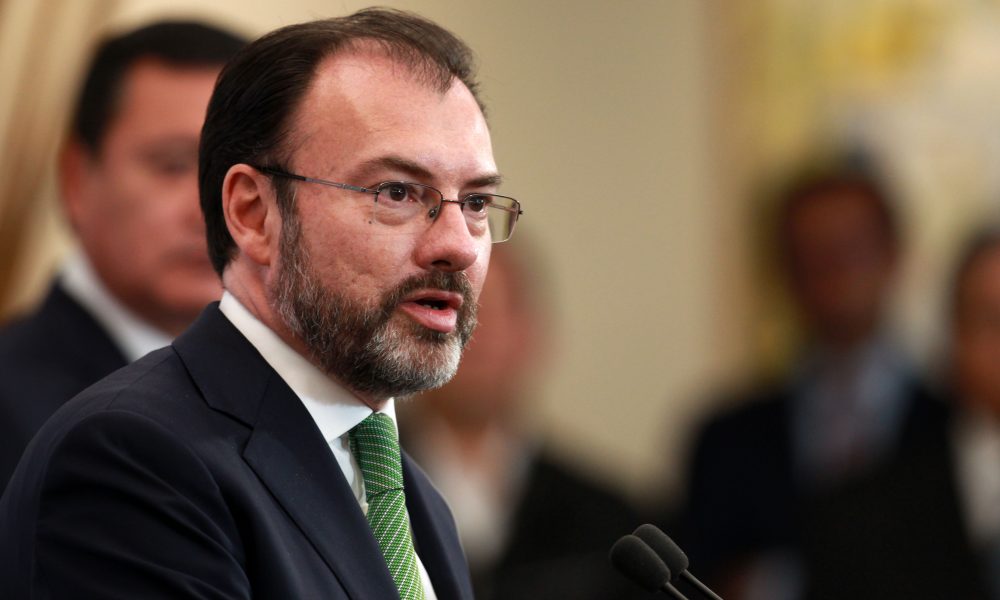 What kind of upside down, topsy-turvy, mirror universe exists where a foreign country seems to be more concerned with the well-being of America than its own president? This one, apparently.

Hurricane Harvey (or Tropical Storm Harvey) swept across Texas this weekend and left a swath of destruction, flooding Houston and forcing 30,000 people to seek shelter. The damage was so severe that, according to sites such as The Hill and Washington Examiner, Mexico’s Foreign Minister Luis Videgaray Caso promised to help Texas recover from this horrific natural disaster:

“The government of Mexico takes this opportunity to express its full solidarity with the people and government of the United States for the damages caused by Hurricane Harvey in Texas.”

This isn’t the first time the Mexican government has offered to help America recover from particularly powerful hurricanes, as in 2005, Mexico sent aid to New Orleans after Hurricane Katrina.

“As we have done in the past, Mexico stands with Texas in this difficult moment,” states Carlos Gonzalez Gutierrez, Mexican consul general in Austin, Texas.

While the Texans left homeless by Hurricane Harvey are no doubt thankful for Mexico’s aid, President Donald Trump is less thankful. In fact, he’s oblivious to the country even offering to help with the recovery, because, you guessed it, he still wants Mexico to pay for the border wall. Trump released the following Twitter post yesterday, albeit long before the Mexican government promised to aid Texas:

With Mexico being one of the highest crime Nations in the world, we must have THE WALL. Mexico will pay for it through reimbursement/other.

The response to President Trump’s tweet is almost universally negative. Some commenters point out the Mexican government already stated it won’t pay for the wall, while others call Trump everything from a bully to a psychopath (their words, not mine). And yet Mexico is still willing to help Texas. This, my friends, is what decent human beings do: they help people in need without question, even after being insulted almost nonstop for over a year. We all could learn a lesson from Caso and Gutierrez, especially President Trump, who has yet to even acknowledge the Mexican government’s intent to send aid.

We here at Geek Reply are thankful for Mexico sending aid to Texas to help it recover from this disastrous event. We also wish the best to everyone affected by Hurricane Harvey.