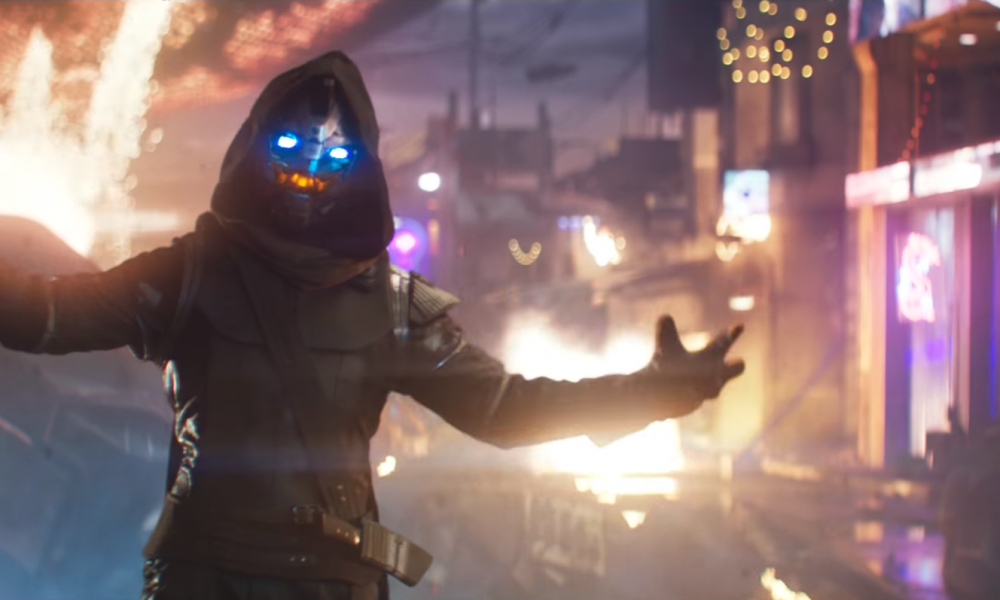 After playing the Destiny 2 PC beta for countless hours, I felt I had seen everything there was to be seen in the beta build, and when I logged off for the final time, I felt satisfied. I was mostly impressed with the Destiny 2 PC beta, but I found several problems that ranged from “this can easily be patched into the final version” to “how the heck did this get approved by anyone.” Now, before I continue, I need to get this out of the way: I never played Destiny. Shocking, I know, but at the time I didn’t have an Xbox One or a PlayStation 4. I had spent all of my money on a gaming computer — a decision I still stand by — and couldn’t afford those consoles and thus couldn’t play the game, which is why I was ecstatic to learn that Destiny 2 will be released on PC. So, I am coming into this beta with absolutely no history or knowledge of the Destiny franchise aside from (less than stellar) reviews from YouTube critics such as I Hate Everything and Angry Joe. With that out of the way, let’s begin this review proper, shall we?

The first thing you’re probably wondering about the Destiny 2 PC beta is how well the game runs on PC. Is it well optimized? Well, I’m happy to say yes, it most certainly is. I own an MSI GT72 2QD Dominator laptop with an i7-4720HQ CPU, an Nvidia GTX 970m graphics card, and 12 GB of RAM. My laptop’s no slouch, but it isn’t exactly a beast. I bought it back in 2015, but my laptop has proven itself to be quite a capable gaming computer time and time again, especially with optimized games such as Destiny 2. I was able to run the game on high settings (although, when I first booted up the game, the settings defaulted to a mix of high and medium) with no noticeable dip in framerate. The only time Destiny 2 lagged or dropped frames is when I exited the pause menu, entered a level, or died, and even then the lag lasted for maybe half a second, which makes the game far more optimized — and better looking — than Mass Effect: Andromeda. That’s impressive, especially since Andromeda has higher system requirements. Kudos, Bungie, you have made the leap to PC more unscathed than most developers. 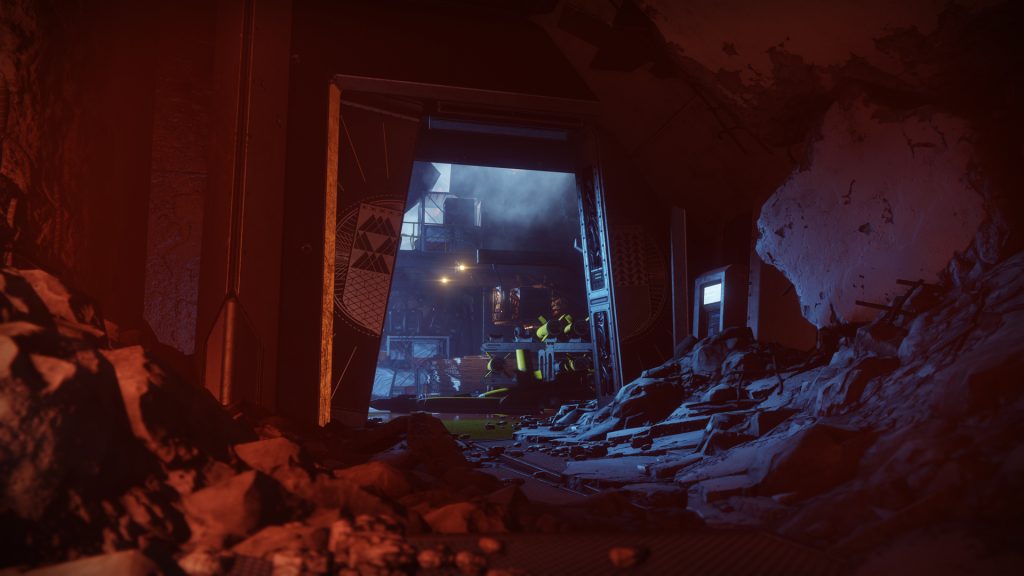 During my playthrough of the Destiny 2 PC beta, I used a wired Xbox 360 controller. I know many gamers use a mouse and keyboard when playing PC games, but I grew up with a controller, and it feels more natural to me — plus, my ring and pinky fingers are rather stiff, so any control scheme that only relies on my thumb, pointer, and middle fingers is preferable. Now, tangent aside, I found nothing wrong with the controls in the beta. They are responsive; the button mapping is very similar to most other FPS games, and players who don’t like the button layout can change it in the options menu. However, while the controller layout functions as it should, the Destiny 2 PC beta doesn’t have a tutorial to explain the controls. I had to discover on my own which button reloads my gun, which one swaps guns (it took even more experimenting to discover I had to hold down that button to switch to my power weapon), and so on. Moreover, the same applies to the controls during super moves. The first class I tried was the Warlock, because its Dawnblade subclass’ super move lets players fly around in the sky while wielding a flaming sword of pure badassitude. That shoots fire. While awesome, during the opening level, I thought the super move was limited to only flying and raining down fiery death on enemies like a space wizard version Overwatch‘s Pharah; I had no idea I could also dodge mid-air and lob a grenade while the super move is active. The same goes for all the other Titan, Hunter, and Warlock subclass abilities and super movies. While I don’t mind when games refuse to hold players’ hands, I find tutorials necessary when controls are not universal between classes. Is it too much to ask for a tutorial to tell me the Hunter’s Gunslinger subclass can throw an exploding knife, especially when the button that throws the knife is also tied to every other class and subclass’ melee attack? 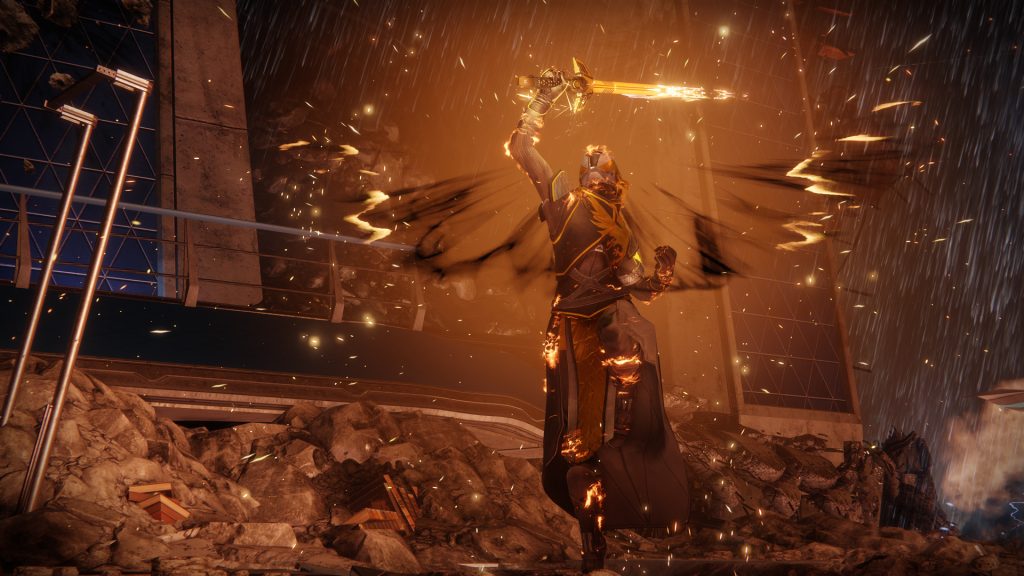 Speaking of classes, I played each class and their two available subclasses and feel no one class is more powerful than the others, even though I prefer Warlocks because, again, bad ass space wizards. Each class plays like a slightly different breed of FPS game, with the Titan class performing like a modern military shooter character who prefers to be up close and personal, the Hunter feeling ripped out of a 90s FPS and excelling at long distances, and the Warlock being somewhere in the middle with the ability to float like a butterfly and sting like a nuclear-powered bee. While I wish each class had abilities outside of a double (or triple) jump, hi-tech grenade, support skill, and super ability, I like that no two abilities felt the same. However, some abilities have a bit of a learning curve; grenades that deal damage over time are not meant to be used against mobile enemies, but I believe the ability with the biggest learning curve is (warning: rant incoming) the Voidwalker Warlock’s Blink ability. It’s cool on paper, but I just couldn’t get the hang of it. Unlike other jump abilities that give players an extra boost to height, Blink teleports Warlocks, but I had no idea how to control the ability. Was I supposed to look in the direction I want to teleport? If so, that would imply I had to look up to gain extra height, which would be a death sentence in platforming sections since I would have to take my eyes off the platform I’m aiming for. Furthermore, unlike other jump abilities, Blink doesn’t seem to let players alter momentum, which makes platforming sections even harder, but for all I know I was using the ability wrong. Either I’m missing something, or Bungie might need to rethink the mechanics behind Blink. 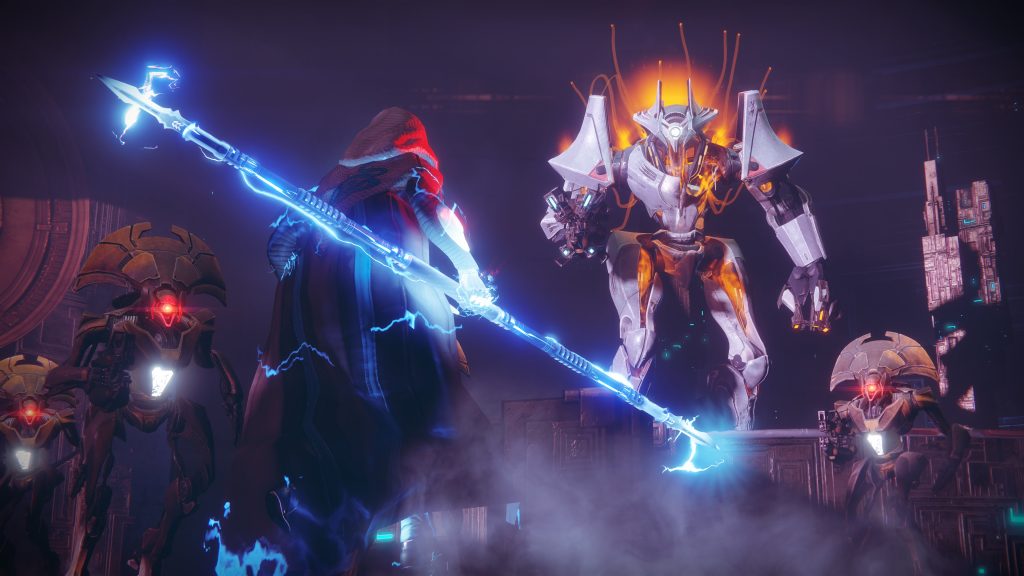 Now I’m done ranting, let’s talk about the levels gamers could play through in the Destiny 2 PC beta. Unlike other betas, players only have access to the opening level of Destiny 2, two multiplayer maps — each with its own game mode — and one “strike” level, The Inverted Spire, which is the equivalent of dungeons in most MMOs. Despite not being able to experience this game’s quest system, I personally found nothing wrong with any of the levels. The opening area helps set the tone for the game; the multiplayer maps are decent (I don’t play many multiplayer games, so I don’t know if they are good or bad by multiplayer game standards), and the strike map is a beautifully blasted battlefield, with one big exception. The big standout area of The Inverted Spire is this giant drill that continually bores into the ground, and players have to dodge the drill’s various moving parts and fight through waves of enemies to reach a particular area. At first, the drill looks intimidating, but on my first run I learned quite by accident I didn’t need to juke between different paths as I initially thought, but instead all I had to do was hug the wall on the upper level and I would not get hit by the drill. I don’t know if this is an intentional design choice or not, but I feel it’s a bit of a cheap strategy that doesn’t do the rest of the map justice. Also, while not a problem with Destiny 2‘s levels per se, I believe Bungie needs to work on Destiny 2‘s matchmaking program. Maybe I just had bad luck, but when I queued up for The Inverse Spire, occasionally I was placed in teams with absolutely no class balancing (i.e., everyone in the party was the same class). At least when I participated in multiplayer matches my teams were a little more diverse. Oh, and I have to praise Bungie for having the forethought of giving each class its own ship design, so I could easily identify whom I was teaming up with in the loading screen. 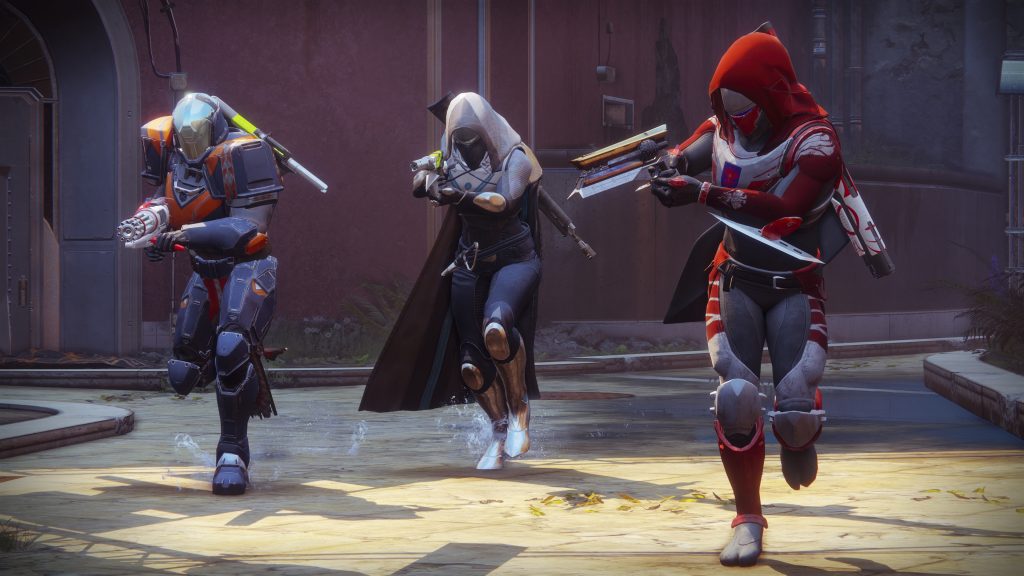 While most of my experience with the Destiny 2 PC beta was positive, I had a fairly negative experience trying to communicate with other players. When I joined the voice chat channel, I couldn’t hear anyone; I even double checked to make sure voice chat was activated, and indeed it was. As for text chat, nobody ever responded, but even worse, when I typed into the chat box and pressed enter, my name showed up in the chat box. My real name. Not my username but my real name, the name my mom always told me I’m not supposed to give to anyone on the Internet for any reason. Quite frankly, my complaints regarding voice chat are tiny compared to my problems with having my real name show up in a chat box. We have user names for a reason, Bungie, because not everyone who plays MMOs is a sane individual. Sometimes crazy people are online, and the last thing anyone wants is to give a crazy person his or her real name. Best case scenario, someone who gives his or her real name online is sent $500 worth of Domino’s pizza and is forced to pay the bill. Worst case scenario, they’re swatted. Seriously, I cannot stress this point enough; there is no legitimate reason for anyone’s real name to be made available for anyone to see in an MMO — ever. 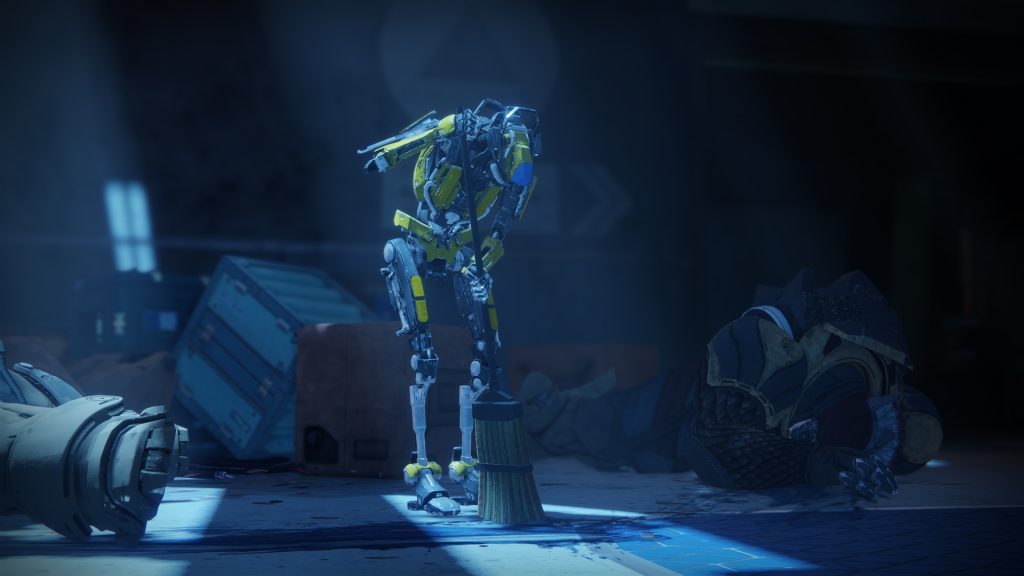 Aside from a few hiccups — and the confounding decision to have my real name show up in a chat box — Destiny 2 is well on its way to being an excellent game. I wish I could have previewed other game aspects in the beta, such as non-strike levels, quests, and character creation, but so far I’m impressed. If Bungie includes tutorials, fixes matchmaking, and removes the option to display a player’s real name in the chat box, Destiny 2 will probably be better than the original Destiny, assuming Bungie doesn’t drop the ball on storytelling. 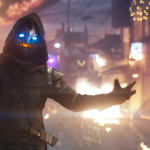