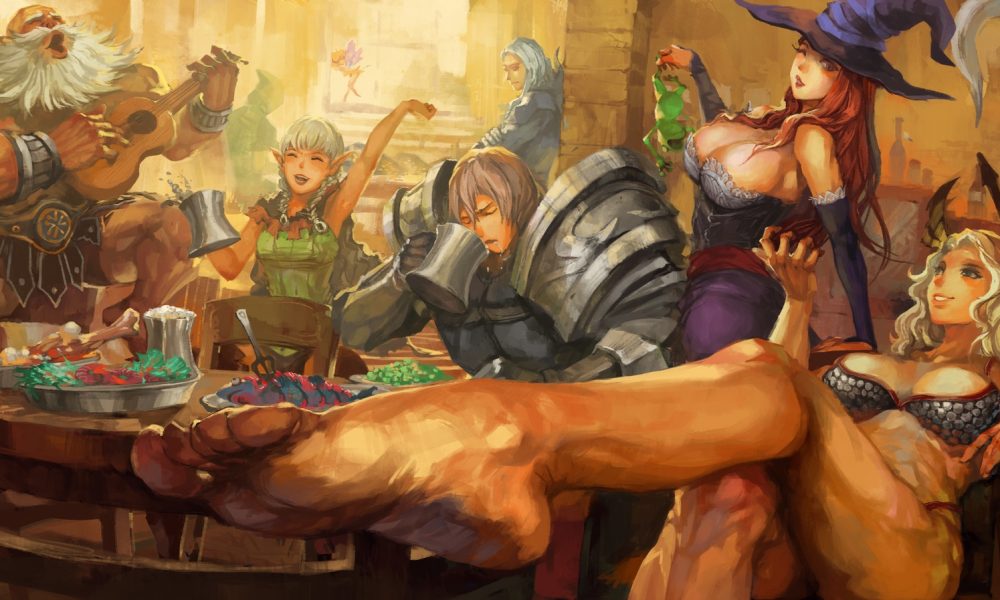 It’s hard to really deliver something as memorable as Dragon’s Crown was back when it released in 2013, especially considering the genre it’s in. It’s an action RPG through and through, but everything from the jaw-dropping visuals, unique characters and addictive gameplay were so spot-on that it truly was more than the sum of its parts. Now here we are nearly 5 years later with a remaster, and it hasn’t lost any of its luster.

While those of you who own the original version of the game won’t find too much to warrant taking a double dip here, Atlus has nevertheless done an admirable job of porting this to new hardware. The game’s visuals and audio have both been beefed up, easily making it the definitive way to play. While longtime fans might not want to bother with this release, this one shouldn’t be missed by newcomers.

Dragon’s Crown Pro is a 2D side-scrolling action RPG, with very retro gameplay that is nevertheless action-packed. You can play with up to three other players from a selection of six classic fantasy character types, and it’s your mission to traverse new lands and lay waste to whatever is in your path. While it seems simple enough on the surface, there’s so much going on in each stage that it never becomes repetitive. 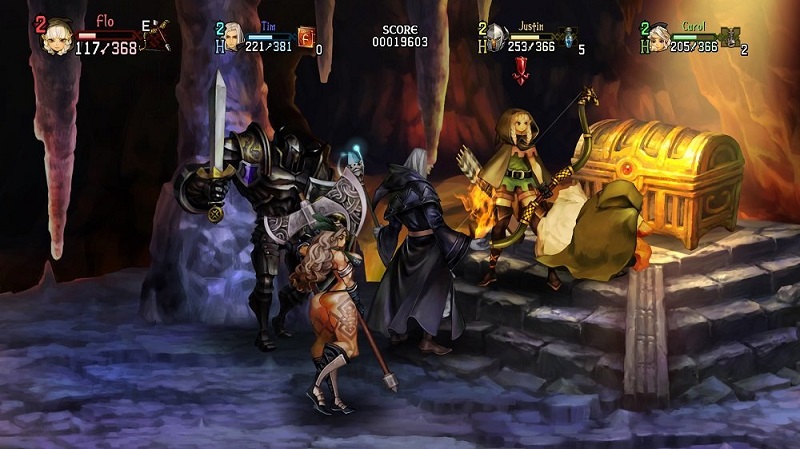 As you make your way through the game’s gorgeous levels you’ll regularly have treasure to sniff out, bones to pick up that can be revived to add new characters to your roster, and hidden paths leading to great loot. There’s also plenty of traps to avoid along the way, and it all ends in a unique boss fight that really tests your skills. It’s a retro brawler without question, but there’s deep mechanics at play to keep it interesting.

As you make your way through the various levels you’ll constantly be acquiring new gear like weapons and armor, and each character type has a unique skill tree that you’ll gradually make your way through that adds some nice perks to your playstyle. Replayability is high here, as the six different characters each have their own unique play style. Those who prefer close-range hack ‘n’ slash will want to pick the Fighter, whereas those who like to play a little flashier will want to go with the Wizard.

Boss fights are regularly memorable throughout the experience, typically being large beasts with move sets and patterns that must be memorized in order to avoid taking massive damage. There are also some unique encounters that shake up the more standard formula, such as a battle with a band of pirates. A magic lamp is on the battlefield, and whichever side picks it up and rubs it will be able to summon a genie to deal massive damage. This leads to an absolutely chaotic bout where you’re not only beating each other to a pulp, but also trying to control the magic lamp that’s being perpetually tossed around. 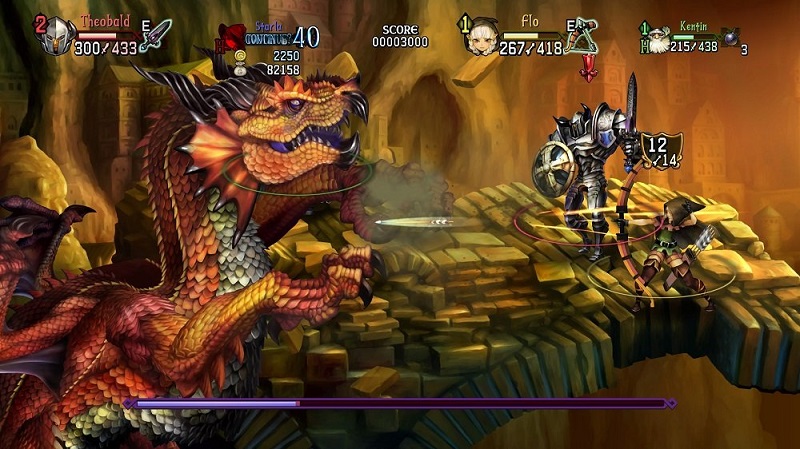 It’s good that the gameplay here is so solid, because the plot isn’t really going to do much to really suck most players in. It’s a very classic-styled plot with royal conflict and dragons, though there are some fun characters along the way to keep things interesting. It serves more as a vehicle to get you into more chaotic battles, which is more than fine with me.

Those who play the game on PlayStation 4 Pro will be able to make use of the new 4K visuals of the game, which will make an already gorgeous game look even more gorgeous. The vibrant colors pop even more, and all of the little flourishes like magic effects look even better. The true stand out upgrade here is the soundtrack, which has been re-recorded with a full orchestra this time. It all sounds magnificent this way, but those of you who wish to hear the soundtrack in its original form (for whatever reason) will be able to do just that.

While Dragon’s Crown Pro might not be worth picking up for those who already own the original version, it’s a must-buy for newcomers with even an inkling of interest in the game. Five years have passed since the game originally released, but it has aged beautifully in that time. The new visual and audio upgrades are just the cherry on top, as Dragon’s Crown has a lot to offer regardless of the new coat of paint.