We prefer Super Mario from left to right 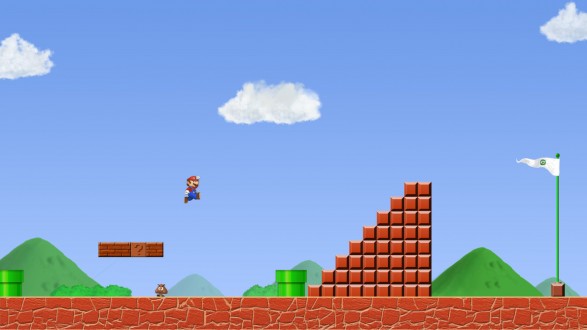 We prefer Super Mario from left to right

I’m sure you know there were a lot of controversies in the past about the rotating ballerina illusion where people argued because the image was moving either to the left or right. Recently something similar came up when someone posted a short video about a dress which changed it’s color in different light (is it black and blue or white and gold). I raise you another left to right bias which psychologists analyzed, Why Super Mario runs from left to right?

You might think it’s common sense to see a character move from left to right just like we are trained to read the same way. What we forget is that we are all different and some people might prefer motion to be from right to left, as an example Hebrew is written in this particular direction. “It was the inspection of the availability of italic fonts in Hebrew that suggested an additional artistic convention for conveying motion, based on a fundamental bias, confirmed in the present study, for people to expect to see, or prefer to see, lateral movement (real or implied) in a left to right direction, rather than a right to left direction.” said Psychologist Dr Peter Walker of Lancaster University

It seems that the explanation why Super Mario was created to run from left to right is because of a fundamental bias for visual motion. When you try to convey motion by using static images you have to know that pictures should move forward, because in a 2D base the forward motion is represented by moving from left to right. However this does not apply to people or objects because of their 3D constitution. If Mario would have moved from right to left would you still have played the game or the idea just sounds strange?

Research has shed light on how wounds get healed by our cells
League of Legends: Bard, the new champion is now playable, here’s what he can do