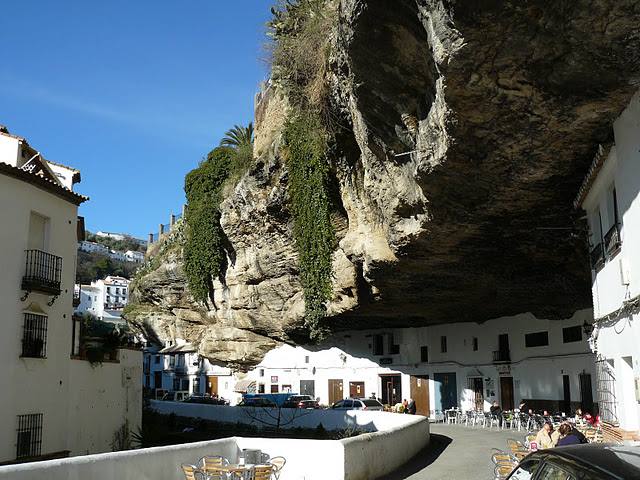 Building  around geological formations and nature could be a challenge. The city Setenil de las Bodegas located in the southern part of Spain, Andalucía Cádiz, proves to live in harmony with its unique structures. It brings to life important historical facts and geological miracles. The city was built by the Moors as a fortress in the 11th century. Its name dates back to the 15th century when it was recognized for its vineyards. Unfortunately they were destroyed by the insect infestation of the 1860s called the phylloxera. The current population is of 3,000 inhabitants, the city being well known for its delicious olive oil and its tasty regional Andalusian wine.

Setenil de las Bodegas is a troglodyte town, which means that the houses and architectural design are built around the caves or geological structure. The river Trejo has been forming these caves and rock arrangements for over a thousand years. Nature proves again to be the best designer, in its geological diversity and spectacular landscapes. 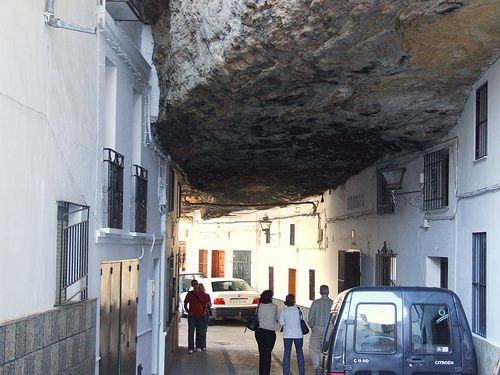 The city is famous among geologists and it also became a tourist attraction due to its unique views and appearance. The architecture of the pueblo blanco, white houses, is phenomenal, lying beneath the huge rock formations. Construction usually destroys the geological beauty of the Earth, while in Setenil de las Bodegas the structure of the town is shaped so that it preserves its rare artistry.

The geological rocks cover some narrow streets, which prevent natural light from penetrating homes. For claustrophobic people living there, it might not be paradise, but the scenery is incredible, peaceful, and it is of course worth visiting. There are many restaurants with delicious Spanish food, and important historical locations such as Iglesia de la Incarnacion. Why not connect with nature, while drinking a delicious glass of wine and eating bread with a spread of olive oil and tomatoes?