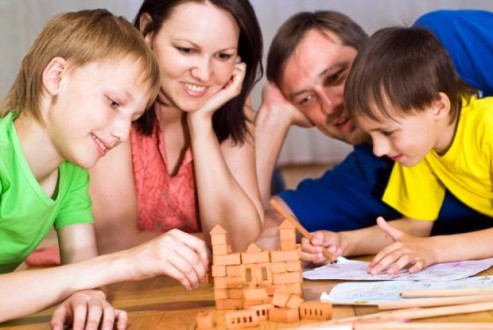 Based on required IQ tests that Swedish men take during their military enrollment at age 18-20, researchers identified siblings from which some were adopted, they compared them and reached an interesting conclusion. It seems that adopted children tend to have higher IQ’s than kids that remain with their biological parents.

This study was made to prove once again that even though genetic inheritance is important, the environment influences intelligence more. The education level of parents has a direct impact on the child’s IQ but only if a strong relationship is created between the kid and his adoptive parents. “Our goal in this study was not to exclude genetic explanations, but rather to control for them while focusing on a natural experiment involving differences in environmental experiences.”

Although they didn’t expect to find a conclusive number of siblings from which some where adopted while some remained with their families, they actually identified 436 cases. Most of the adoptive parents had a higher level of education and by comparing the siblings IQ tests, adopted children had indeed higher IQ’s. On average, the IQ difference was of 4.44 points, which might not seem like a big difference on an individual case but if you consider this difference at a national level the IQ gap becomes huge.  Follow up studies were made and they tried to include adoptive families with lower educational levels and the effect was as expected. These adopted siblings started to have lower IQ’s and the IQ difference was lower by 3.8 points.

Keep in mind that this researches were mostly based on educational status by comparing IQ’s and not behavior or emotional stability. Still what they are trying to find out is what exactly are parents supposed to do to make a difference in their kids intelligence. As a personal opinion, the most important factor in your child’s development is guiding him on a road of his choice, supporting him and not suppressing his creativity. It is a fact that the more creative a kid can attain a higher IQ.

The Wave, Arizona: a painting by the wind
The true importance of sleep