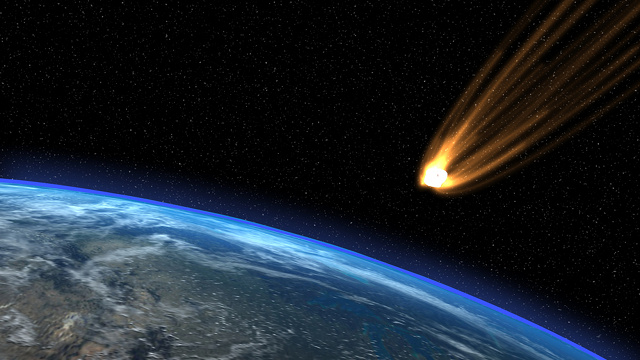 It seems like (at least) once every couple of months someone is coming up with a crazy apocalypse theory, be it due to ancient prophecy, divine fury or good ol’ nuclear warfare. Actually, that last one is not all that crazy. But anyway, this time around the doomsday scenario involves an asteroid that will allegedly smash into the Earth in September and cause total havoc around the globe. It’s hard to say where this rumor originated from but suffice it to say that people are unfortunately buying it and now social media platforms are teeming with posts about next month’s impending apocalypse. Don’t say goodbye to your loved ones just yet, though, because an asteroid is definitely not going to hit us anytime soon. We’re talking at least a century.

Similar to President Thomas J. Whitmore in Independence Day, NASA stepped up and cancelled the apocalypse, or rather, shut down the ridiculous asteroid rumors still floating around on Facebook and elsewhere. Needless to say, the good folks  working at the space agency are pretty knowledgeable when it comes to potential threats from outer space and I’m fairly sure that it’s in their job description to warn us of any dangers coming our way. As it happens, NASA is saying that there’s less than 0.01% chance that an asteroid will hit Earth in the next 100 years, let alone next month. I don’t know about you, but I’m inclined to dismiss all end of the world rumors and bet all my money on NASA’s predictions instead.

“There is no scientific basis — not one shred of evidence — that an asteroid or any other celestial object will impact Earth on those dates,” said Paul Chodas, manager of NASA’s Near-Earth Object office at the Jet Propulsion Laboratory in Pasadena, California. “If there were any object large enough to do that type of destruction in September, we would have seen something of it by now. Again, there is no existing evidence that an asteroid or any other celestial object is on a trajectory that will impact Earth,” said Chodas. “In fact, not a single one of the known objects has any credible chance of hitting our planet over the next century.”

Physics 101: What is a black hole and could you survive jumping into one?
Is it possible that black holes could actually be portals to other universes? Stephen Hawking says yes