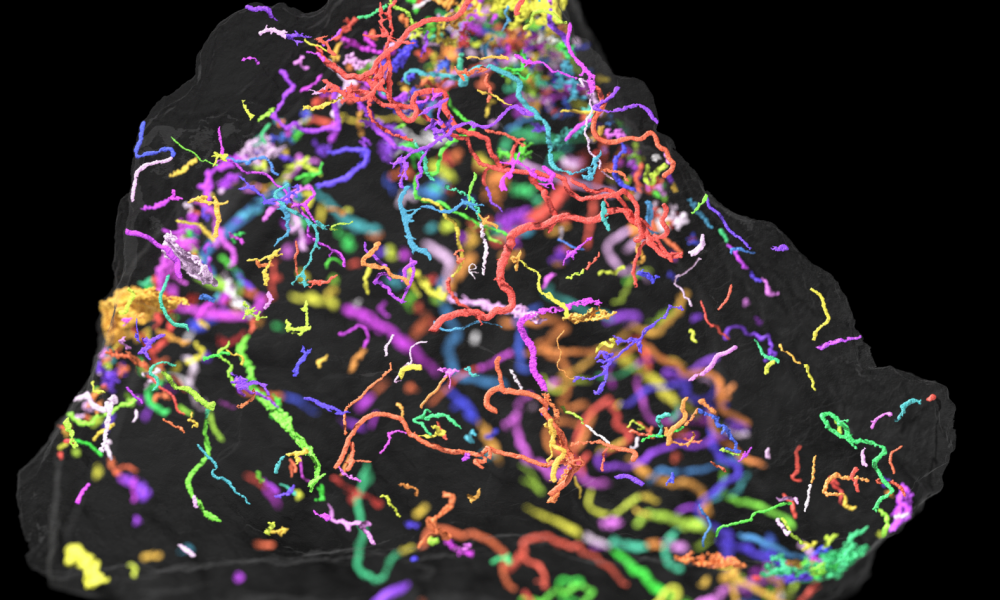 When I say the word, “fossil,” what do you think of? Probably the dinosaur bones on display in your local museum or that ammonite shell your grandparents bought for your eighth birthday. Well, not all fossils are the hardened remains of ancient animals; some are just the footprints left by ancient animals. These fossils might not seem important compared to the larger, more physically impressive bones and shells, but since fossils are relatively rare, every little bit helps scientists better understand the ancient, primordial Earth, especially if those fossils predate almost every other fossil ever discovered.

Earlier today, the University of Manchester announced it discovered the fossils of half-a-billion year old organisms, specifically their tracks and burrows. These burrows were found in the Corumbá region of western Brazil, near the Bolivian border, by an international team of paleontologists. The burrows measure between 50 and 600 microns. For the sake of comparison, human hairs range from 40 to 300 microns in width. That’s tiny.

You probably wonder why the discovery of these literally microscopic burrows are important. According to Dr. Russel Garwood of Manchester’s School of Earth and Environmental Sciencies, “This is an especially exciting find due to the age of the rocks — these fossils are found in rock layers which actually pre-date the oldest fossils of complex animals — at least that is what all current fossil records would suggest.” The fossils come from from what paleontologists call the Ediacaran-Cambrian transition, which ranged from 635 million to 541 million years ago. Again, for the sake of comparison, dinosaurs were only around from 230 million to 65 million years ago. Dr. Garwood also stated, “The evolutionary events during the Ediacaran-Cambrian transition are unparalleled in Earth history. That’s because current fossil records suggests that many animal groups alive today appeared in a really short time interval.”

Dr. Garwood’s team believes the burrows were created by “nematoid-like organisms” not unlike modern roundworms. This discovery might rewrite the evolutionary timeline of complex animal life, as, according to lead University of Bristol author Dr. Luke Parry, “[These] fossils show that complex animals with muscle control were around approximately 550 million years ago, and they have been overlooked previously because they are so tiny.” While the tracks and burrows are similar to those made by nematoids, they actually predate what the current fossil record would consider to be nematoid-like organisms, which is why this discovery is so important.

These tiny fossil burrows demonstrate paleontologists have much to learn and discover about ancient life on Earth. The burrows might only have been discoverable via x-ray microtomography, but they are just as important as the femur of the largest sauropod in our never-ending discovery to understand life before humankind.