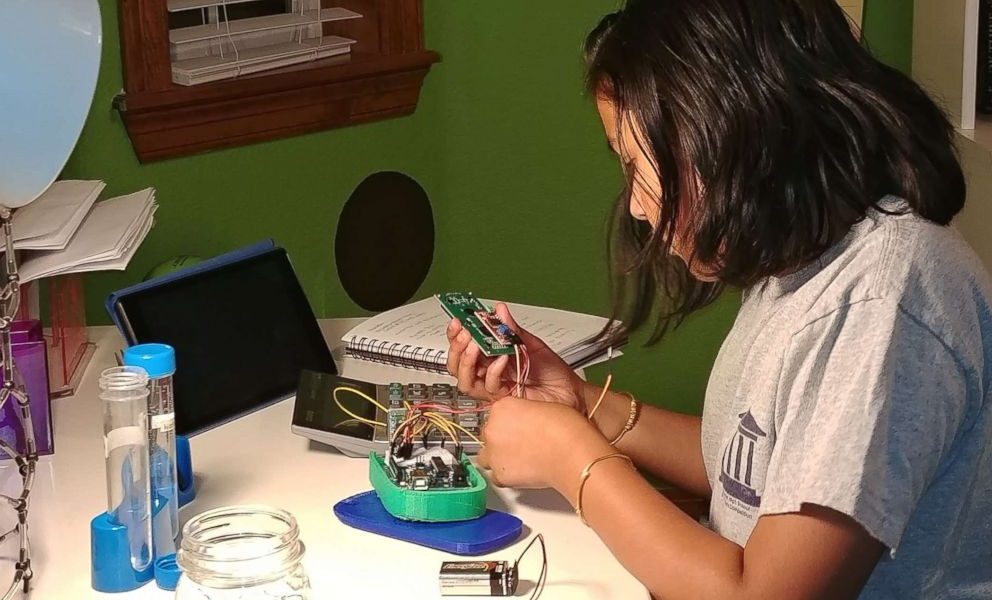 Genius can show itself in many ways, some people have propositions, others create. It’s all a game of “Who can implement these solutions to a full extent?”. This 11-year-old girl decided to take the matters into her own hands and revolutionized the world of science and health. By creating a lead detector device, this girl contributed to end the massive contamination of the liquids in her region once and for all.

The story begins at Flint, Michigan. An 11-year-old girl named Gitanjali Rao took notice of the water crisis people were having at the time. The drinking water became contaminated with led and caused a major public health crisis.

“I had been following the Flint, Michigan, issue for about two years,” Gitanjali told ABC News. “I was appalled by the number of people affected by lead contamination in water and I wanted to do something to change this.”

When she saw the current solutions that were painfully average and slow at best. The girl decided to step up and fight this, but how? Lead isn’t that easy to detect in contaminated water, right? Well, like any inventor, she made her best effort to make this an easy process for everyone.

She told Business Insider that: “I went, ‘Well, this is not a reliable process and I’ve got to do something to change this,’ ” And so, she went on a quest to find the best solution to the problem.

First, she went to the MIT’s Materials Science and Engineering website to see “if there’s anything’s new,” she read about new technologies that could detect hazardous substances and decided to see whether they could be adapted to test for lead.

Once she found out a project that worked best, she created a device that fulfills one basic purpose: Identify lead compounds in water, portable and relatively inexpensive. And she succeeded.

The device consists of 3 essential parts: There is a disposable cartridge containing chemically treated carbon nanotube arrays, an Arduino-based signal processor with a Bluetooth attachment, and a smartphone app that can display the results. The name? Tethys, like the Greek Goddess of Fresh Water.

How does it work? The carbon nanotubes in the cartridge are sensitive to changes in the flow of electrons. Those tubes are lined with atoms that have an affinity to lead, which adds a measurable resistance to the electron flow.

This invention is such a work of art and creativity; it deserves the greatest amount of recognition. And as such, Rao was dubbed “America’s Top Young Scientist” in the Discovery Education 3M Young Scientist Challenge this distinction comes with a check for $25,000, more than enough compensation for saving many.

Here at GeekReply, we hope that this child genius aspires to the greatest of futures. With the recent contributions that have been helping science and health developments. People like this could be a great help for the brighter future of human society.