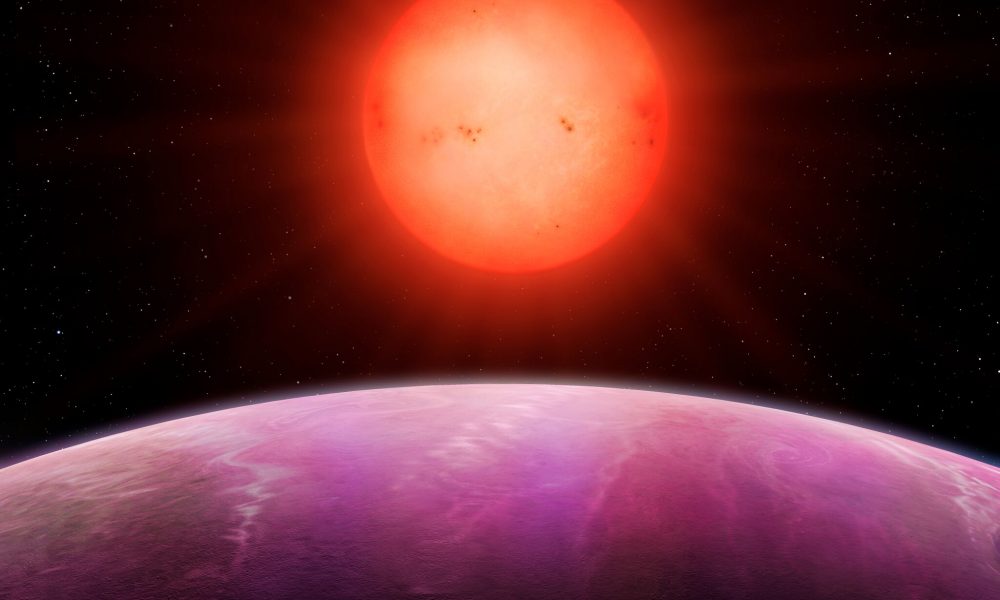 Yesterday, on Halloween, scientists at the University of Warwick in the UK announced the discovery of a “monster planet.” No, it’s not a sentient planet (sorry fans of Mogo, Ego, and Unicron), but instead it throws everything we know about how planets form out the window.

This planet, officially called NGTS-1b, is a gas giant approximately the size of Jupiter that orbits a star 600 light-years away. Gas giants aren’t exactly unusual or uncommon — heck, we’ve got four of them in our Solar System — but NGTS-1b is unusual because its star is half the mass of the Sun. The distance between NGTS-1b and its star is 3% of the distance between Earth and the Sun. To put that into perspective, the Earth is approximately 93 million miles away from the Sun; Mercury is approximately 36 million miles away from the Sun, and NGTS-1b is 2.79 million miles away from its star. Also, the planet has 20% less mass than Jupiter, is believed to have a temperature of 530 degrees Celsius (compared to Jupiter’s 145 degrees Celsius), and completely orbits its star every 2.6 days — whereas Mercury’s orbits last 87.9 days.

According to current planetary formation theories, NGTS-1b’s star is too small to form gas giants and would only be capable of forming rocky planets. But, here we have a clear example of a star that shouldn’t have a gas giant having one. Lead author of the research team Dr. Daniel Bayliss made the following statement:

“The discovery of NGTS-1b was a complete surprise to us – such massive planets were not thought to exist around such small stars. This is the first exoplanet we have found with our new NGTS facility and we are already challenging the received wisdom of how planets form. Our challenge is to now find out how common these types of planets are in the Galaxy, and with the new NGTS facility we are well-placed to do just that.”

According to Professor Peter Wheatley from the University of Warwick, red M-dwarf stars are small and faint but are the most common stars in the universe, which means more monster planets like NGTS-1b could be out there, just waiting to be discovered. Only time will tell if these monster planets are common or if NGTS-1b is one of a kind.