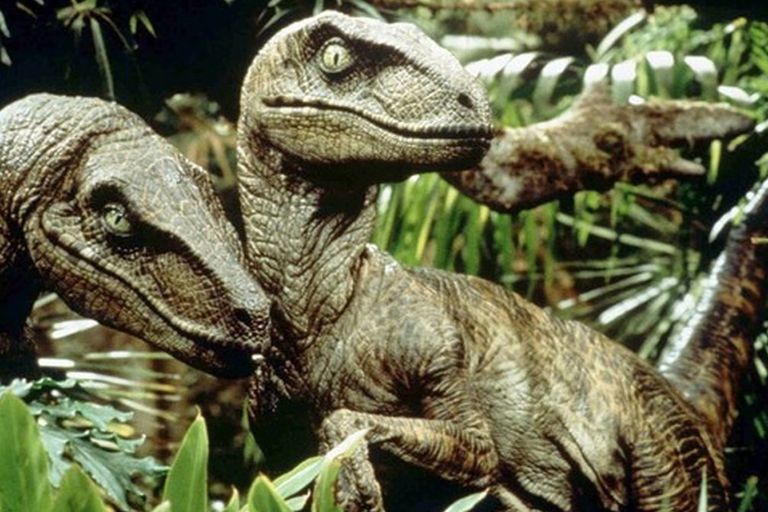 When we hear the word Velociraptor, we usually think about the clever girls from Jurassic Park/World. In my case, I think about Dinobot from Beast Wars, but that’s neither here nor there, because after you’re done reading this article, you won’t be able to get the following thought out of your head: Velociraptors are related to a dinosaur best described as a prehistoric swan. Good luck ever seeing ol’ sickle claw the same way again.

Say hello to the Halszkaraptor essuilliei (Halszka for short), a dinosaur recently discovered at Ukhaa Tolgod (part of the Djadochta Formation in the Gobi Desert in Mongolia) by a team of paleontologists led by Andreau Cau of the Geological Museum Capellini in Bologna, Italy. Halszka’s around 75 million years old, which means he was alive during the late Cretaceous period during what is known as the Campanian age. And if you’re wondering why he looks like a swan, that’s because, according to a 3D synchrotron analysis (a process that uses x-rays so powerful they can only be produced in facilities the size of football stadiums), he’s semi-aquatic. Doesn’t he just look adorable? 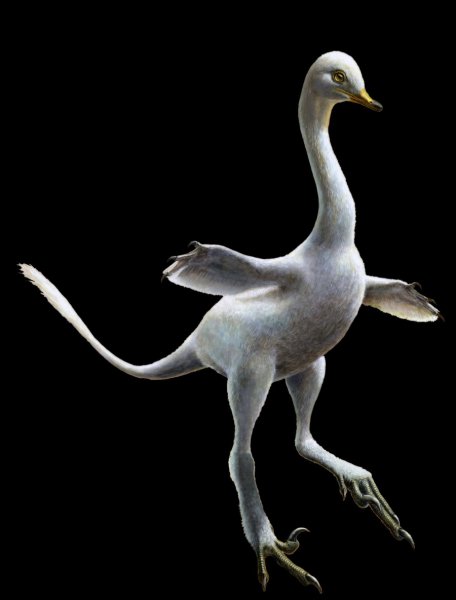 Halszka belongs to the suborder therapod, known for specimens such as Tyrannosaurus Rex, the Velociraptor, and the ostrich. Therapods are known for their efficacy on land, but until the Halszkaraptor’s discovery, scientists thought they were exclusive to solid ground. Sure, some therapods might have eaten fish from time to time, but Halszka is the only known therapod with aquatic tendencies.

“The first time I examined the specimen, I even questioned whether it was a genuine fossil,” explained Cau. “This unexpected mix of traits makes it difficult to place Halszka within traditional classifications.” Given the long, swan-like neck, dinky flippers, and sickle-shaped claws reminiscent of the Velociraptor, I can’t blame him for being confused. Zoologists went through the same problem when they examined the first known platypus back in 1799; who wouldn’t be confused by such disparate features? “When we look beyond fossil dinosaurs, we find most of Halszkaraptor‘s unusual features among aquatic reptiles and swimming birds,” Cau continued. “The peculiar morphology of Halszkaraptor fits best with that of an amphibious predator that was adapted to a combined terrestrial and aquatic ecology: a peculiar lifestyle that was previously unreported in these dinosaurs. Thanks to synchrotron tomography, we now demonstrate that raptorial dinosaurs not only ran and flew, but also swam!”

Halszka now proudly sits as the first of a new genus of amphibious dinosaurs, capable of using its legs to walk on land and swim through the water and with a posture likely similar to those of modern day ducks and swans. Since the Gobi Desert, especially the Djadoctha Formation, appears to be a hotbed of important paleontological finds, many of which are therapods related to Halszka, who knows how many other amphibious dinosaurs are waiting to be discovered? Halszka could either be one of many previously undiscovered swimming raptors or as unique as the Mesonychid; nature’s first and only attempt at a hoofed predator.

If you are interested in reading Cau’s paper on the Halszkaraptor essuilliei, you can read the article on Nature. However, if you do not have a subscription, you should either read the Science Daily article or Andreau Cau’s personal blog (it is in Italian but an English translation is readily available on the page).