Microfibers in your clothes are making you sick 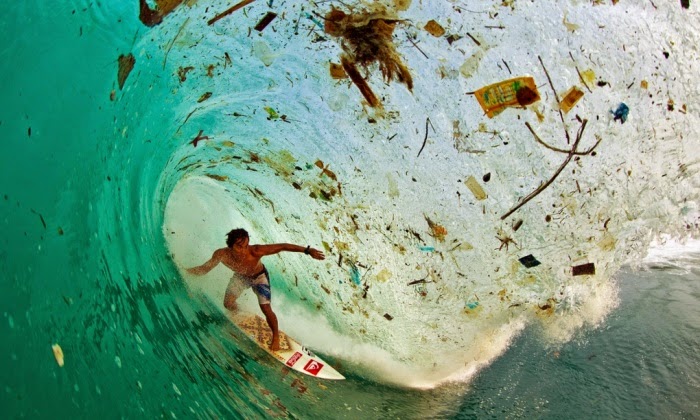 Microfibers in your clothes are making you sick

We all love cheap clothes. Stores like H&M and Primark make millions on that principle.  Most of us are aware there are social costs connected with cheap clothing and the poor conditions in the factories are well documented. Unfortunately, it turns out that there is another cost associated with these cheap clothes. The microfibers inside them are poisoning the food we eat.

Much of our clothing is primarily produced using synthetic materials, like polyester. Take a look at the labels on your clothes, the chances are at least one item, if not everything you’re wearing, contains some level of polyester. This allows clothing companies to produce very cheap clothes that feel comfortable but these tiny microfibers could be causing as much damage to our environment as the microbeads in hair products.

You probably know about the damage microbeads do to the environment, they are flushed into the water when you shower and are small enough to bypass the treatment plans, where they are then flushed out with the rest of the waste water and into the oceans and rivers. Fish then ingest the beads and they end up contaminating the food-chain. The impact of Microbeads is so huge that scientists believe mankind is creating it’s own geological layer, primarily composed of plastic. 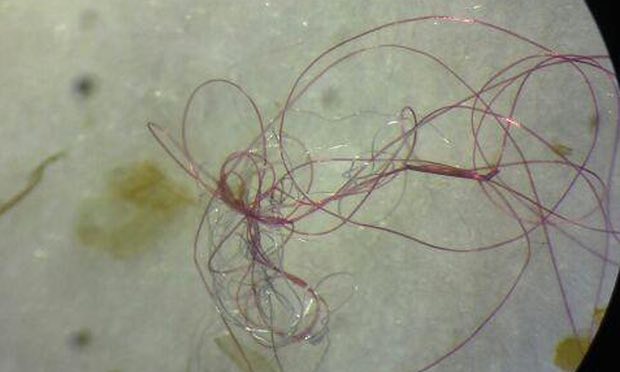 Microfibres found inside the body of a North American fish. Photograph: Rachel Ricotta/AP

There are fears that the impact of microfibers could be even more far-reaching. Studies of coasts around the world have shown that microfibers make up nearly all debris in our waters. A 2011 study in Australia found that microfibers make up 85% of human debris around the world. This debris is consumed by fish. The same fish that then end up on our dinner plates. The fear is that because microfibers are so good at absorbing organic pollutants, they will concentrate the toxin levels present inside marine life. These toxins will then be passed up the food-chain until we consume them, with potential health consequences.  Many of the fish we consume contain traces of microfibers, a fact which, as someone who loves seafood, I was quite horrified to discover.

The reason for the scale of this problem is primarily down to one thing. Our washing machines. A study released in 2016 demonstrated that on average a jacket releases around 1.8 grams of microfibers on every wash. So if every person in the US washes one jacket, they produce 574 grams of microfibers. Which, if you wash your jacket as often as you should, adds up to a lot of material dumped into our waterways.

America and the European Union have already taken action against microbeads and the evidence is mounting that something needs to be done about microfibers as well. It would be difficult to enforce a microbeads style ban but a number of solutions have been suggested. These include measures such as encouraging washing machine manufacturers to take steps to prevent microfibers from escaping into the water supply in the first place or trying to move towards materials like hemp to produce clothing.

Until that happens,  I might think twice before ordering the fish.

Samantha JacksMay 2, 2017
Read More
Denmark Cuts Food Waste by 25% Thanks to Stop Madspild, What Can America Learn?
8 Astronomical Events to Keep Up With This April 2017