AI Can Now Tell You If You Have Skin Cancer 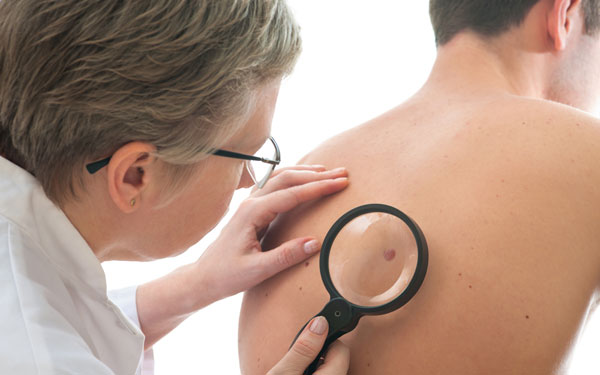 Featured Image courtesy of Scripps.org
AI Can Now Tell You If You Have Skin Cancer

Cancer is scary, and skin cancer is no exception. Unlike some other cancers, it’s incredibly treatable if caught early. Cancerous moles, rashes, or lesions on the skin are easily detectable if you pay attention to your body and report any changes in your skin to a doctor. Soon you might be able to get an easy answer at home, as researchers at Stanford University have created an AI algorithm that is nearly as good as a trained doctor at spotting skin cancer.

The algorithm was trained on nearly 130,000 images of skin cancer and then tested against 21 trained dermatologists. Researchers say that the AI program performed “91% as good”, showing that artificial intelligence has nearly caught up to some of the most highly trained professionals in the health care industry. The researchers hope that some day soon there will be a mobile app to let you know if a mole or rash is cancerous, though obviously there’s a huge liability issue there.  If the AI algorithm were to tell someone a mole was non-cancerous only to have it turn up malignant, things could get very bad very fast.

If the algorithm were to tell someone a mole was non-cancerous only to have it turn up malignant, things could get very bad very fast. As mentioned above, skin cancer is easily treated if caught early, but also progresses faster than a lot of other cancers. Even if this future app were to be as good or better than a doctor at detecting cancer, I anticipate doctors will still be the front-runners with diagnoses for a long time. Doctors pay every month for malpractice insurance to cover them if they make mistakes, and an app doesn’t have that coverage. Anyone who makes an AI app that gives medical advice opens themselves up to lawsuits on the off-chance the algorithm is wrong.

Still, this app could prove immensely useful in the peace-of-mind it can provide for people worried about their health. While it isn’t a replacement for a doctor, this latest advancement in artificial intelligence shows us that computers are getting smarter. As time goes on, I anticipate AI will make its way into more and more aspects of our daily life.