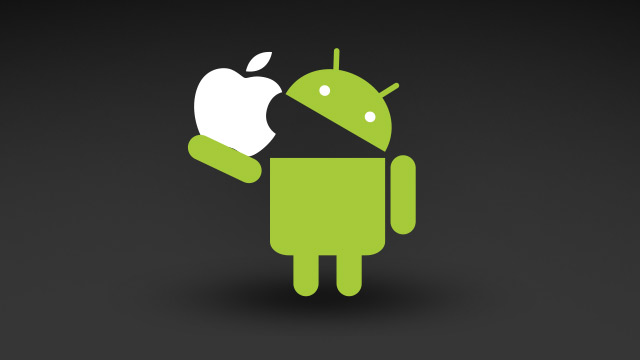 Android continued to dominate the smartphone market in the U.S. for the last year and by August 2014 could account for 63.6 percent of total sales. This is an increase of 7.5 percent compared to the period ending in August 2013, when it only managed to grab 56.1 percent. Meanwhile, the U.S. market share of long time rival iOS declined by 7.4 percent compared to last year. By August 2014, iOS devices could only account for 30.1 percent of total sales in the U.S., a significant decrease over last year’s 37.5 percent. However, these figures don’t take into account the iPhone 6 and iPhone 6 Plus which only launched last month, so the situation is likely somewhat different now. Unfortunately there are no similar statistics for September yet so we can’t know for certain at this time.

The statistics also reveal that Windows Phone had a pretty good year and its market share increased by 0.8 percent in the U.S. Back in August 2013, Microsoft’s mobile operating system could only account for 3.9 percent of sales while a year later the number grew to 4.7 percent. While this is still a pretty low number compared to Android and iOS, the Windows Phone does look like it’s becoming a bit more popular as of late. The increase in popularity is even bigger in Europe, where the Windows Phone had no less than 9.2 percent market share by August 2014. By comparison, the operating system only had 8.5 percent back in August 2013, so we’re looking at an increase of 0.7 percent.

Also in Europe, Android’s market share rose to 75.8 percent by August 2014, a 3 percent increase compared to August 2013’s 72.8 percent. Similar to the U.S. situation, the iOS market share in Europe declined, although not by much. By August 2013, iOS devices were able to account for 14 percent of total sales and one year later this number decreased by 0.4 percent down to 13.6 percent.