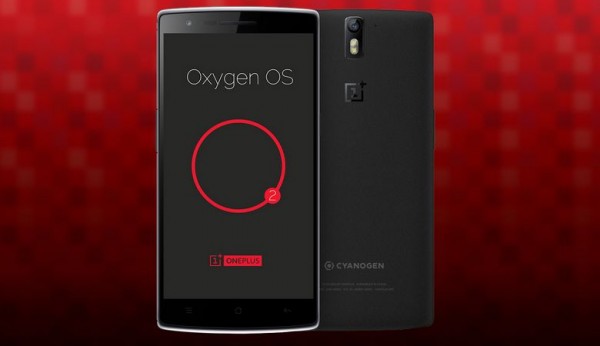 The team behind the OnePlus One flagship killer have finally come forth with a more detailed blog post regarding the rollout of the Android 5.0 Lollipop / CM12s software update and of their new custom ROM, OxygenOS. Their official blog post is rather late, as OnePlus had promised an earlier release, at least of the CyanogenMod 12s custom ROM for earlier this year. OxygenOS and CyanogenMod 12s have been confirmed as ready for an official release before the end of the month.

According to the official blog post from OnePlus, CyanogenMod 12s should see the OnePlus One on or before March 30, which is still a bit late in many fans’ opinions. OxygenOS, on the other hand, will be released before or on March 27, which is an interesting strategy. With this odd timeframe of their new releases, OnePlus is probably sending out OxygenOS ahead of the Cyanogen custom ROM because they want to find out what users actually think about their new custom ROM. The team from Paranoid Android has been working hard on OxygenOS, and many are hopeful that the new OnePlus branded custom ROM will be just as customizable and fun as Paranoid Android ROMs.

But the new OnePlus release dates aren’t the interesting parts of the blog post. OnePlus has actually made a pretty fun commitment this time. According to Bradon H, the administrator of the blog, if OnePlus misses either of these deadlines, they will give away 5 64 GB OnePlus One flagships, for free to their fans. If you want to participate in the bet (because it’s a bet, no matter how you swing it), then you should go to the forum thread and post something. That’s all you need to be eligible. While some of you might be hoping that OnePlus misses the deadline, most fans are more likely excited about the new OxygenOS.

We’re definitely very excited about both OnePlus’ OxygenOS and CyanogenMod 12s, although the former one is more novelty than the latter one. The new custom ROM from the company is partially shrouded in mystery, but expectations are definitely high. We’re hoping the team behind the ROM has made the OS just as customizable as Cyanogen, if not more, and specific to OnePlus: simple, elegant and easy to use. Bloatware-free, of course! We’re looking forward to the next few weeks and are excited to hear from OnePlus One users about how they’re liking (or despising) the new software! Let us know in the comments below which would you prefer: OxygenOS or CyanogenMod 12s?