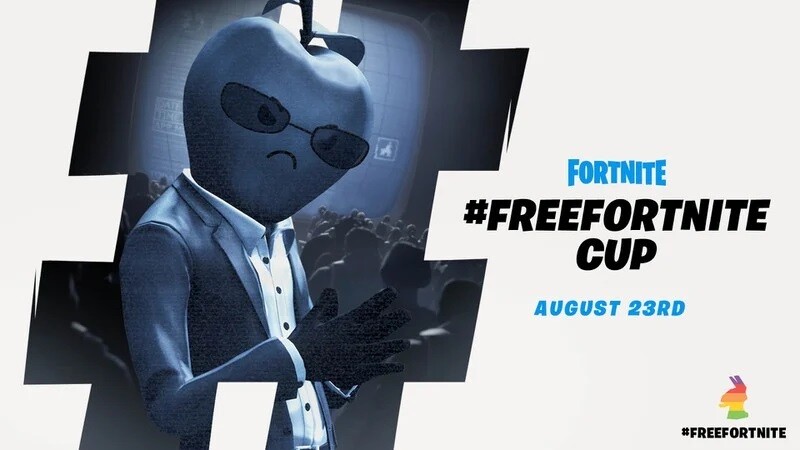 Things have been heated lately between Epic Games and Apple, as the latter banned the former’s popular Fortnite game from the App Store and will soon terminate their Apple developer accounts. This was a result of Epic Games using their own payments system for in-game currency, which is in violation of App Store rules.

It looks like things are going to continue going south for the time being, so Epic Games is hosting a “#FreeFortnite Cup” this Sunday so iOS users can go out with a bang. It’s worth noting that those who have the game installed will still be able to play it (for the time being), but they will be “left behind” when Chapter 2 – Season 4 launches on August 27th as Epic Games can no longer release updates.

Epic Games is offering many prizes via this upcoming cup, which range from an in-game outfit and a physical “Free Fortnite” hat to the likes of Alienware Laptops, Samsung Galaxy Tab S7 tablets, OnePlus 8 phones, and Xbox One X and Nintendo Switch consoles. The developer said the following:

“If you’re left behind on iOS after the Chapter 2 – Season 4 launch, the party continues on PlayStation 4, Xbox One, Nintendo Switch, PC, Mac, GeForce Now, and through both the Epic Games App at epicgames.com and the Samsung Galaxy Store. Join the fight against @AppStore on social with #FreeFortnite. All of your friends. Awesome prizes. And one bad apple. We’re droppin the #FreeFortnite Cup.”

While this is bad news, the good news is that Fortnite is available on just about every other platform imaginable. As long as an iOS user’s game data is stored in their Epic accounts, then they will be able to pick up where they left off on other platforms. It remains to be seen if the problems will ever get ironed out between Epic Games and Apple, but we’ll keep you posted.