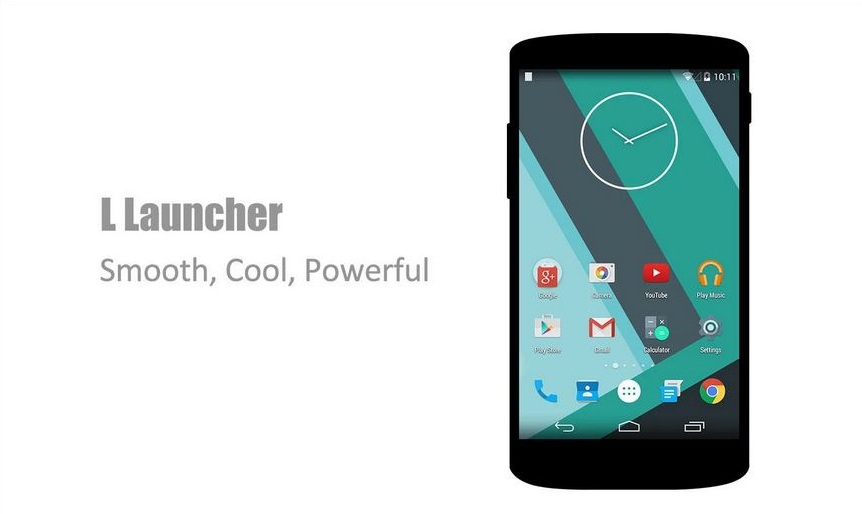 Google is currently rolling out the Android 5.0 Lollipop update, but in a slow manner, so it will take some time until all the compatible devices will get a taste of this update. It seems that there’s a solution to get the look from Android 5.0 Lollipop with a simple app called L Launcher. The best part is that even devices with Android 4.0+ can install this app and transform their UI to look exactly as Android 5.0 Lollipop does. Isn’t that awesome? Sure it is! Oh, I almost forgot! The app is entirely FREE!

Among the features, L Launcher has Google Now integrated on the home screen if you swipe right, OK Google enabled on all screens (only for Android 4.4), translucent status and navigation bar, drawer features (hide app, create folder, sort app), drawer transition effect, unread counts/notifier, UI size mode (small, medium, large, extra large), live wallpapers (parallax effect, blur, multi-wallpaper) and many more. There are a lot of other great features, so you might want to find them on your own.

Latest reviews published on the app page are pretty positive, but some of them are saying that the transparent status bar doesn’t show the notifications properly, others say that the message indicators works only on Facebook and Gmail. Also, one user complains that the app has lag sometimes, while another one complains about the amount of RAM memory used by L Launcher. So, it seems that this app has pros and cons, but it’s up to you if you want to give it a try.

Head to the Google Play Store and download L Launcher for free, then come back and tell us what you think.