Siri is a better polyglot than Cortana and Google Now 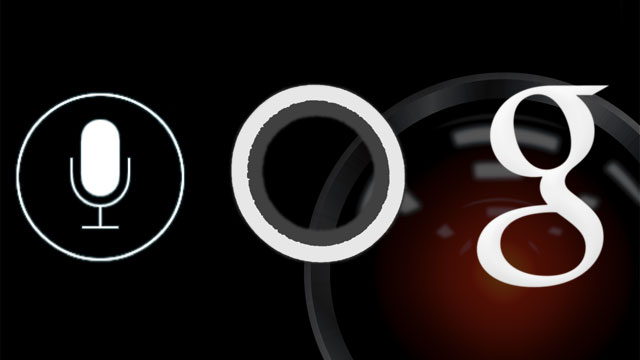 Siri is a better polyglot than Cortana and Google Now

Regardless of whether you’re on iOS, Android, or Windows Phone, many of the latest mobile devices offer intelligent personal assistants that can help their users in a variety of ways. But is one personal assistant better than the others? A definitive answer to that question may be a bit difficult to find, but what we do know for certain is that Apple’s Siri is a better polyglot than Microsoft’s Cortana and Google’s Google Now. The folks over at VentureBeat recently decided to put the three personal assistants to the test by asking them 18 questions in five different languages and scoring them based on how fast and accurate their response was. As it turns out, Siri is better at answering questions not only in English, but also in French, Italian, German, and Mandarin.

The first test consisted of English questions where Siri scored an impressive 14.5/18 while Cortana and Google Now only managed 12.5 and 11.5, respectively. The difference is not that huge all things considered, however, the same cannot be said in regards to some of the other languages. When it comes to Italian for example, Siri did not disappoint and scored a 14.5/18 yet again. By comparison, Google Now only managed an 8.5/18 this time around and Cortana scored even lower with 6/18. The results for German and French were pretty similar to those in Italian, which meant that Mandarin would  have to decide a winner. And it did.

Continuing her impressive winning streak, Siri was able to score a not too shabby 13.5/18, which proves that the language barrier can easily be surpassed if you’re using an iOS device. Meanwhile, Cortana scored only a 5/18 in Mandarin, but that’s still not as bad as Google Now’s 1.5/18. All in all, the test reveals that when it comes to multi-language accuracy, Siri is reliable 76% percent of the time while Google Now can only claim the same 46% of the time and Cortana only 42%. 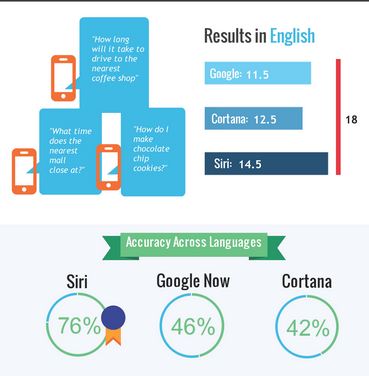 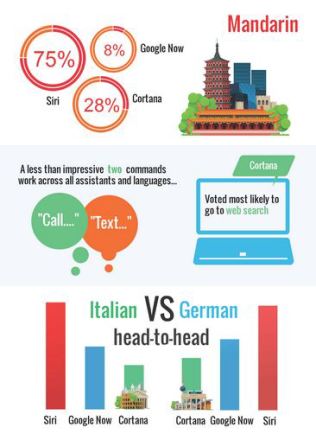 Health Apps/Technology – Worth it?
Ello is coming to Windows Phone soon