Watch all CSI seasons on Hulu with a Hulu Plus subscription 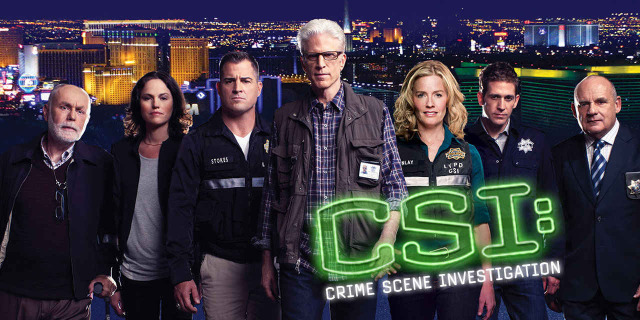 Watch all CSI seasons on Hulu with a Hulu Plus subscription

CSI Crime Scene Investigation fans might be very happy to hear that Hulu has obtained the rights to exclusivity of the show and will have each and every episode and spin-off available on their service. That might not be good news for Netflix users for example, as having more than one TV streaming subscription might be taking it too far. Nonetheless, for Hulu subscribers, it’s great news. The popular CSI TV show is one of the most acclaimed and most watched shows online and on TV, and Hulu getting the rights to the full suite is interesting.

If you don’t have a Hulu Plus subscription yet, you should get one, because CSI will only be available if you have it. Hulu has struck a deal with CBS to be the exclusive streamer of CSI Crime Scene Investigation and announced that the show will be available on the platform “soon”. The streaming service didn’t release a precise launch date for the series, but did mention that Plus subscribers will be able to access the show in April.

The deal between Hulu and CBS means that absolutely all past episodes and movies of CSI will be available for streaming on the platform, and while the companies haven’t disclosed the length of the contract, future episodes and spin-offs will also be available. You will be able to watch CSI on your TV, PlayStation, Xbox, Android, Wii and anything else you can think of, which is neat because it’s the first time CSI is licensed to a streaming service like Hulu. Many fans of the show say they would have rather been glad about a partnership with Netflix instead, but hey, at least it’s available for streaming.

If you’re interested, the Hulu Plus subscription will cost you $7.99 a month, which is a decent price to pay for all you can watch CBS shows and more. Besides bringing CSI to the streaming service, Hulu will also host the full Elemental suite, too. If you’re not in the U.S. or Japan, this piece of TV news doesn’t concern you, as the service isn’t available outside of these two countries, which is a pity. Speaking of which, there are very few streaming services available globally, which is odd. Do you think platforms like Hulu and Netflix should work towards global availability by obtaining licenses in the future or do you think there isn’t enough interest in content streaming around the world to warrant expansion? Let us know in the comments below. Also, are there any CSI fans out there?