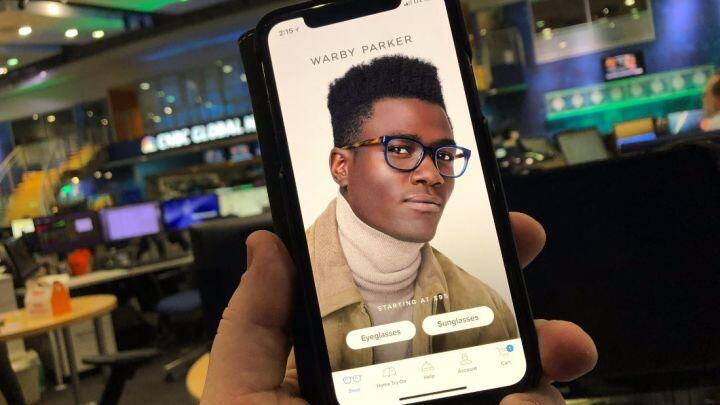 The hassles of purchasing new specs can leave many visually-impaired users frustrated with the entire process. Often times, glasses wearers outgrow the style or simply don’t feel comfortable with the limited selection many retailers provide.

However, Warby Parker, the online retailer of prescription glasses, has introduced a brand-new app to help negate some of these frustrations when picking up a new pair of lenses.

Warby Parker has recently specialized in bringing easier methods of picking out your favorite pair of glasses. While most brick-and-mortar retailers offer a wide selection of specs to choose from, there’s only so much room to showcase the massive selection of stylish glasses. What Warby Parker accomplishes allows glasses wearers to try up to five pairs of glasses before making the commitment of shelling out your hard-earned cash towards them.

With the success of the online lens retailer striking a chord with consumers everywhere, they’re adding more useful life hacks to their name. So, what if you could see how stylish you look in the comfort of your own home right away, rather than waiting for specific pairs to be shipped to your house and limited to only five pairs for every purchase?

Of course, this new app can only ease the pain of deciding which style to choose from. The comfort level can only be determined when physically wearing the glasses, the AR app is meant for visual purposes only. However, this new tech, which is currently available via the Warby Parker iPhone app, does ease a lot of future headaches when selecting a new pair of glasses.

The future of AR technology continues to grow and allows more quality of life scenarios, such as the Warby Parker app. Other mediums in the tech industry have utilized AR with success, including 2016’s wildly popular video game phenomenon Pokemon GO and plenty of face-chatting software, such as Facetime.

As an iPhone X exclusive app, the AR tech takes advantage of the phone’s TrueDepth camera which allows for users to incorporate facial recognition, rather than previous model’s fingerprint sensor. The new tech found in the TrueDepth hardware will only be utilized more in the future, introducing society to a plethora of new ideas to make life easier all around.

The Warby Parker app is available at the Apple iTunes Store, and the new AR feature is available now.The facial recognition app uses the AR technology in order to adhere whichever style of glasses to the face that appears on the TrueDepth front camera equipped on the iPhone X, XR and XS models. The virtual styling option from Warby Parker could just be the beginning of where the augmented reality tech can steer us in the future.