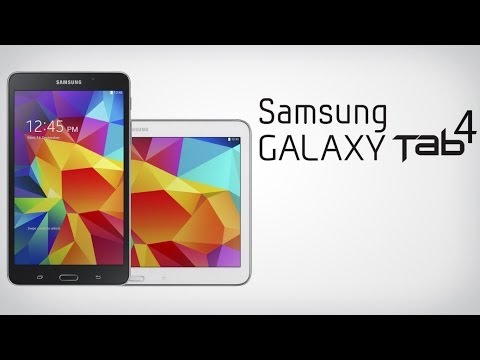 About 3 months ago, Samsung started rolling out the Galaxy Tab 4 update to Android 5.1.1 Lollipop to the Wi-Fi and LTE variants of the tablet in the U.S. Since then, carriers have also been trying to roll out their own version of the updated software to the tablet, but unsurprisingly, it took a ridiculously long time. Luckily, we’re used to the long delays and few people got truly angry at not getting the most recent build of Android. The Galaxy Tab 4 update is now available for Verizon and AT&T versions, too, with AT&T starting its own rollout late last night.

The Galaxy Tab 4 update for the Verizon versions of the tablet was released last month and AT&T took its sweet time to catch up. The update itself isn’t too large, measuring 800 MB. Those of you who still haven’t updated their tablets should start making the necessary room for the update, check regularly for notifications and keep a Wi-Fi connection and charger on hand in case it comes in. Although the rollout is national, it might take the update some time to reach everyone in the U.S. who owns the AT&T version.

The Galaxy Tab 4 update will bring the version number up to the latest build from Google, 5.1.1 Lollipop and adds a few features, as well as a few improvements to performance a battery life. Wi-Fi and Bluetooth connectivity should be improved on the slate, as many early users reported that they had been having a few issues with their connections staying on and stable. The update also removes a couple of pre-installed apps which you will only notice if you reset the device. The apps in question are Beats, Famigo and WatchOn.

With this update, the Galaxy Tab 4 should improve the user experience and should offer up a more seamless performance with a slightly improved notifications system, too. The Galaxy Tab 4 update rollout to Android 5.1.1 should be completed on a global level by the end of the year, after which the tablet will most likely be updated to Android 6.0 Marshmallow. That should happen sometime in January for the unlocked models, with carriers to follow in February or March, most likely.