LG G3 update to Android 5.1.1 rolling out on Verizon handsets for now 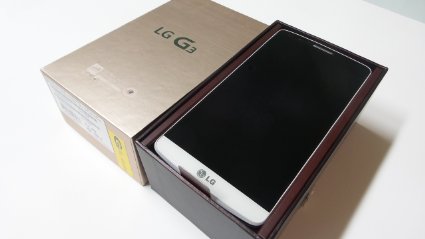 LG G3 update to Android 5.1.1 rolling out on Verizon handsets for now

The LG G3 is the company’s flagship from 2013 and it is one of the first devices to sport a QuadHD resolution display with a 1440*2560 resolution. The handset is one of the company’s most popular ones and the predecessor of this year’s LG G4 and LG V10. The device is confirmed to be getting Android 6.0 Marshmallow soon enough, but before that, the LG G3 update to Android 5.1.1 should complete its rollout. Verizon is first to jump on the update wagon, but other carriers such as Sprint and T-Mobile should also begin the rollout of the update soon enough. The LG G3 update brings the software version up to 5.1.1 Lollipop, in preparation for Android 6.0 Marshmallow.

The LG G3 update is quite welcomed by users seeing as the last time Verizon sent out an update to the device, the entire user experience went haywire. Besides negatively impacting battery life and performance, the last LG G3 update came with a significant amount of bugs and app crashes. The Android 5.1.1 Lollipop update should fix user issues as well as patch the Stageright security bug. Some other security enhancements that further protect user privacy are also contained within the update.

With the LG G3 being on the favorites of the past year, the update was a bit overdue. Considering the bad experiences people detailed on social media and forum posts, it would have been better to get the update a bit earlier. Since the LG G3 update rollout has begun only a couple of days ago, people around the U.S. should be patient as their OTA update should arrive within a few days. Those who feel they can’t wait can check out custom ROMs based on Android 5.1.1 Lollipop and flash them on their phones for a quick update. This method is only for advanced users, though, because there’s a risk of bricking the phone.

The LG G3 update measures about 360 MB and it bears the build number LMY47V. You can do a check for updates if you haven’t received the OTA yet, but make sure to have a full battery and a stable Wi-Fi connection, otherwise you might end up having a bad update experience. Until more carrier LG G3 units start getting the update, we’re waiting for Verizon customers to post their opinions about the new software version and see whether the bugs that the device had were fixed.